I have the theme song for Mtv's ever so opulent Sweet Sixteen show playing over and over in my mind. Luckily I don't have that kind of teen. I have the kind of teen whose idea of a party is ordering a burrito that's bigger than his face..... 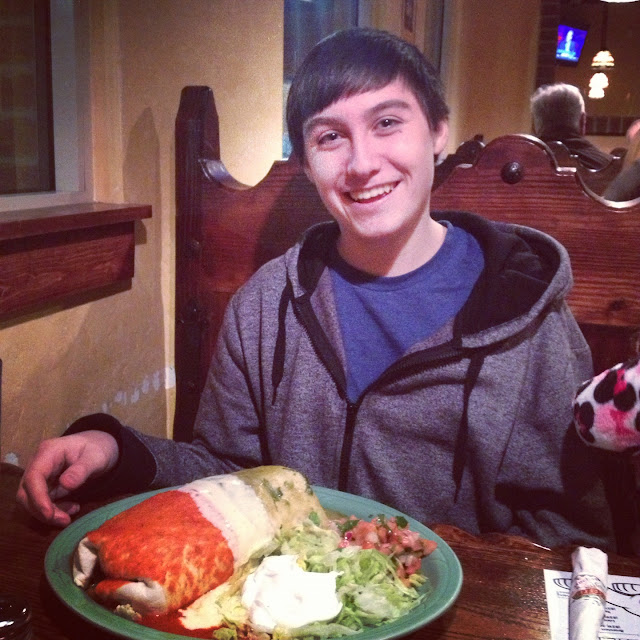 My kinda kid for sure! (No, he did not finish it. Luckily we talked him out of trying.... no one wants a belly ache for their birthday... unless it involves pie.)

I know you rarely see photos (and thus very few layouts) involving my stepson Aidan around these parts. Really that's just because as a typical teenage boy he spends the great majority of his time down in what I refer to as the batcave... his room. He has all the hookups for xbox and a nice computer and is often online gaming with friends and perfect strangers alike. His virtual dance card is very full. So, not many photos... luckily I managed to sneak some today when we took him out to dinner to celebrate. 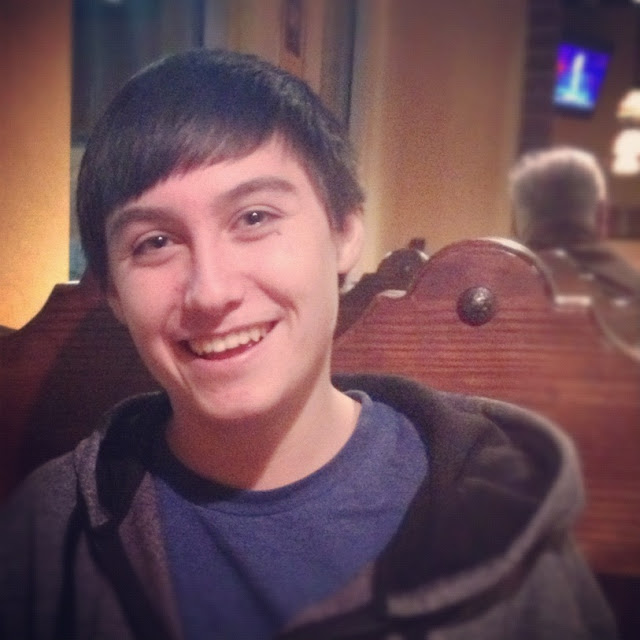 For this big birthday Hottie and I felt it was appropriate to get him an iphone 5. He has been having a really great year. He's been doing amazingly well in school (seriously, SO smart).... and has really matured as far as attitude and demeanor (and is starting to get a mustache, so basically a man already) ;) I can definitely tell he is on the cusp of adulthood... he thinks a lot about his future and wants to make consistently good choices. That's all you can really ask of a teen, big picture wise. 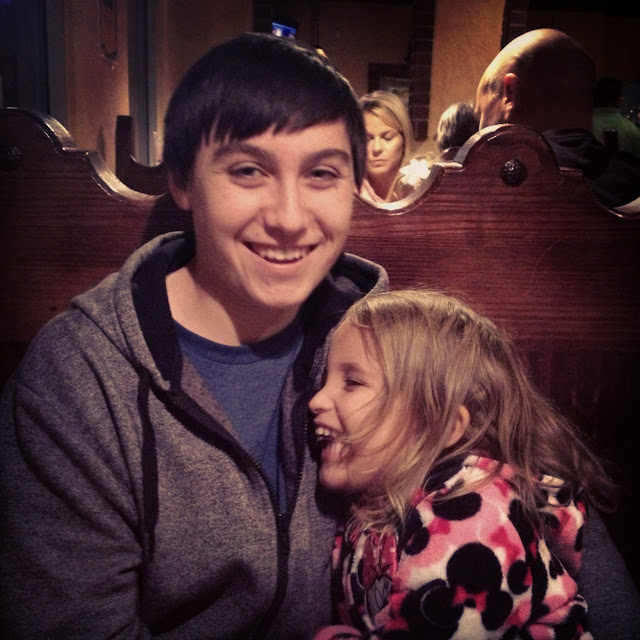 Looking at this photo of him lovingly squeezing his baby sister makes me so happy. I can't believe that I have known this kid since he was 7... seems like so long ago but just yesterday at the same time. I can't wait to see what the future holds for him. Happiest of birthday's to you, Aidan.

Posted by Elizabeth Gardner at 10:37 AM