I wanted to share a few of my favorite photos from our first holiday in our new home. Halloween was a good one this year. Trick or treating in our neighborhood made me feel like we were in a movie... all of the houses decked out, everyone sitting in their driveways handing out candy and socializing... kids galore. It was a mild day, weather wise, and perfect for this experience. Winning.

Evareaux didn't have to think too hard about her costume this year. She's allll about rainbows and My Little Ponies, which find a perfect marriage in her favorite thing on the planet (besides her little bro), Rainbow Dash. (The only other thing she considered was "shark boy"--but luckily that was short lived. I was not up for making an outfit.) 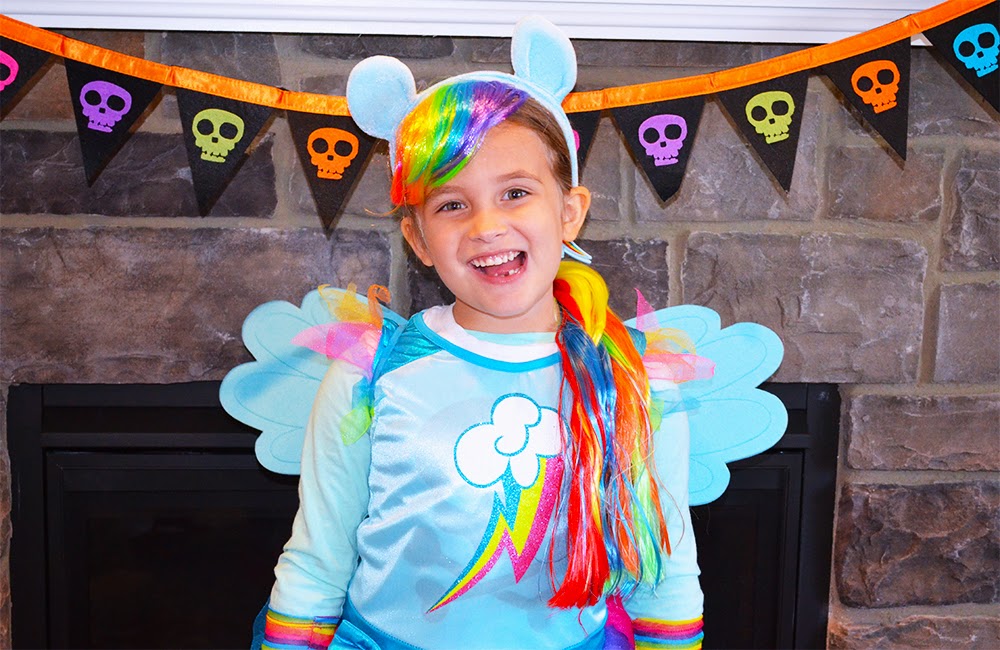 At two Dezmond is not capable of expressing what he would like to dress up as... but he is 100% able to convey that he does not want to dress up... 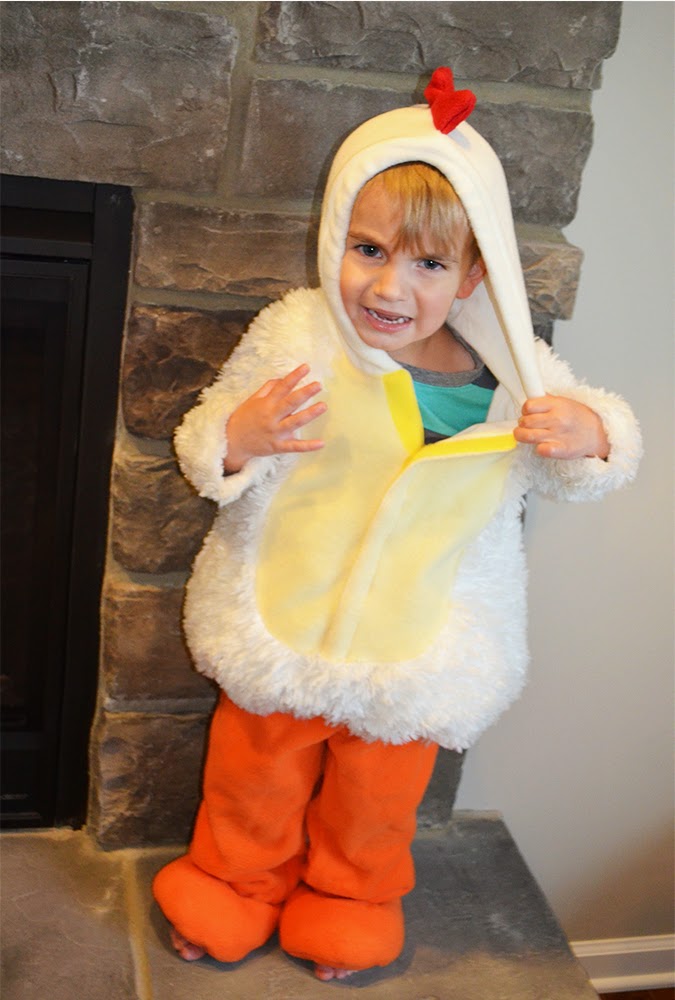 Luckily. I'm a genius I've been around the parenting block a time or two and it took just a few moments for me to realize it was time for a good old fashioned bribery. Suckers for the win... 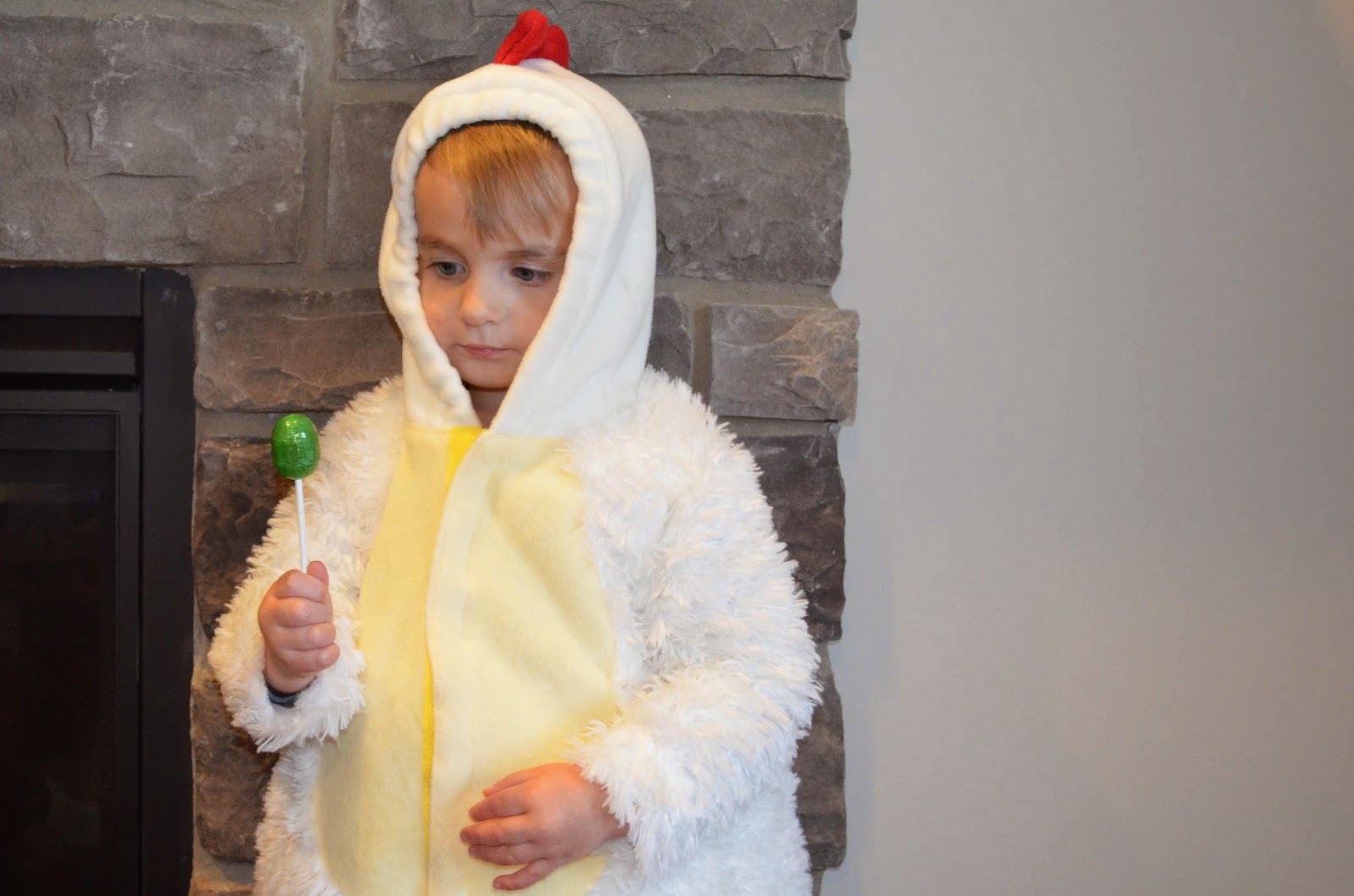 So, all the sudden we had a little chicken! (Double win because all three kids have actually worn that costume now. Triple win because it's insulated and kept him super warm and happy all night.) Winner, winner, chicken dinner! <<< see what I did there?

Nakiah. Oh, sweet, hilarious, Nakiah. He wanted to be a banana.. cuz he's "too old for those silly scary costumes, Mom. I want to be funny." Sold. Winning again... 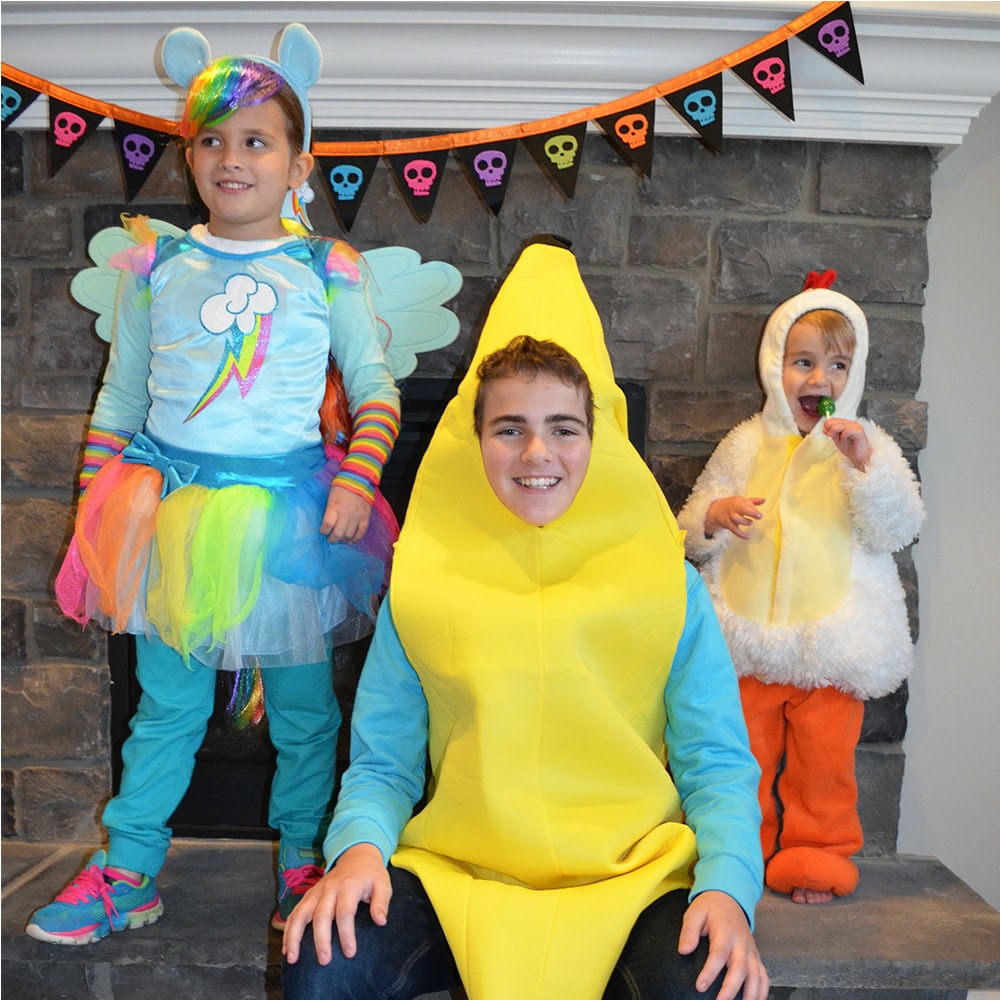 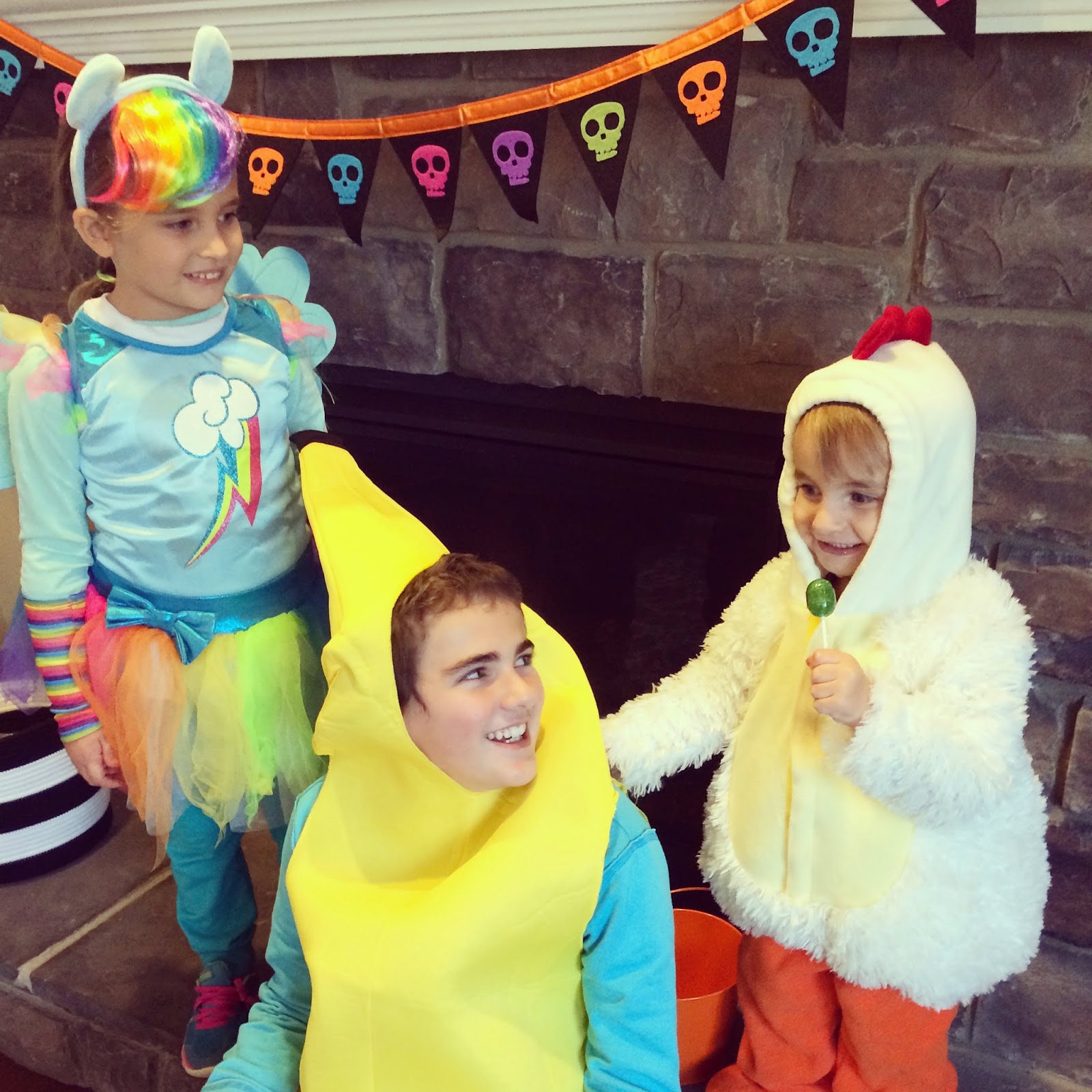 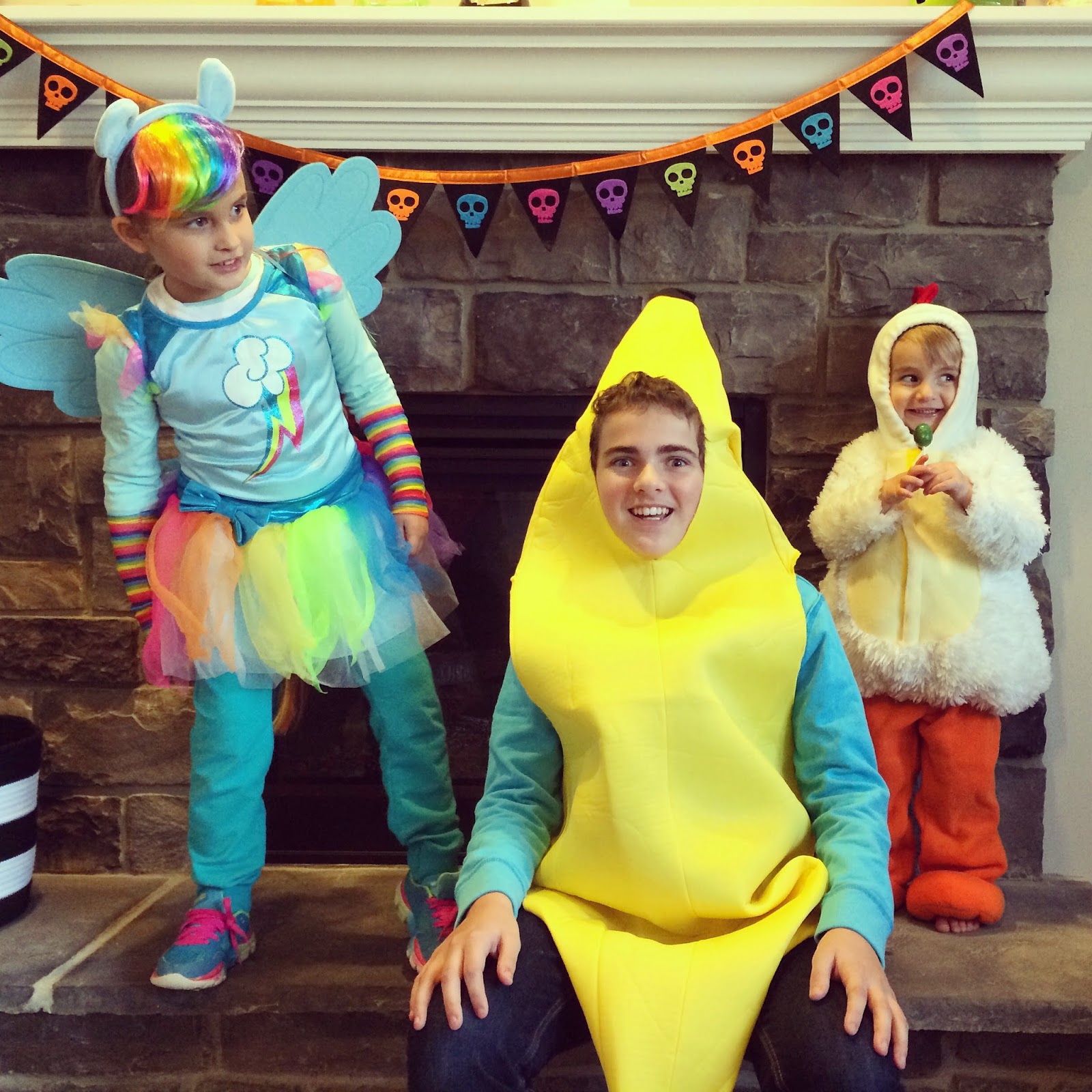 I could not believe how awesome Dez did on his first ever trick-or-treating experience. Something I probably haven't talked about on the blog is that Dez is a super shy kid. He has stranger-danger naturally engrained in his very fiber.. He'll be found cowering into my legs and clawing to be lifted up  in total panic if ever a random person in a store dares to address him... and lord help me the one time someone tried to high five him! Oh, the agony. (for us both)

It sounds like I'm exaggerating... I'm not. Until this night the only words he had ever uttered to a stranger were, "bye-bye"... which I like to think is his polite way of saying, "get away from me or I will cut you."

Apparently this apprehension gets thrown out the window when candy's involved. The second that first bar plunked into his bucket it was on... his eyes opened wide and he began to lead the charge from house to house, running up the driveway first. Screaming, "I'm eating! Thank You!" at the strangers & moving on effortlessly.

Kids are so weird.. but actually I'm thrilled it played out that way. The kids were super cute to watch, and they stayed out for an hour! (which means I'm going to get really fat eating all of their candy) 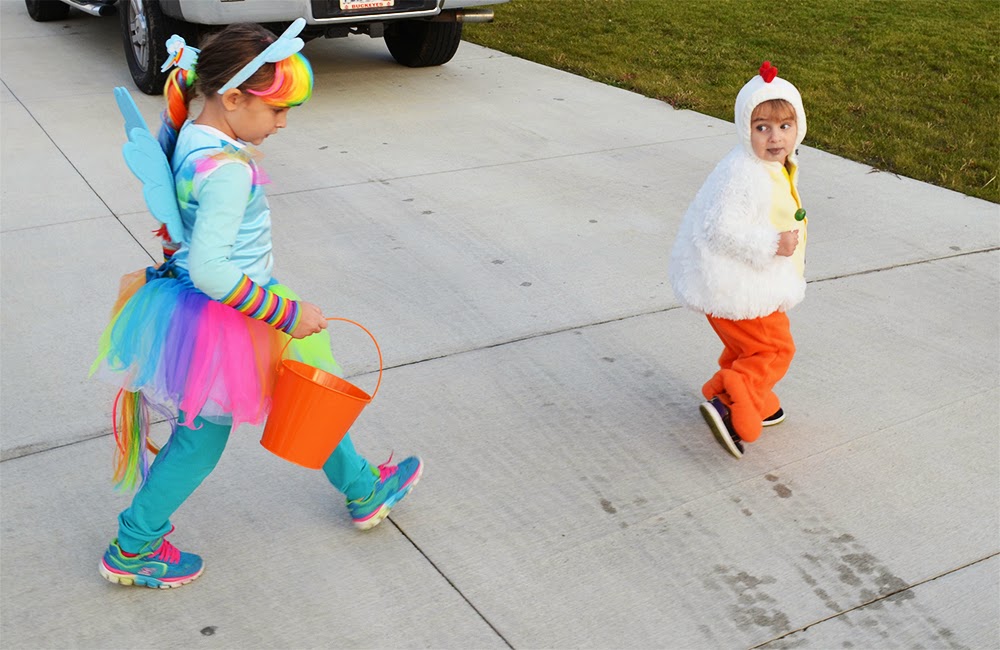 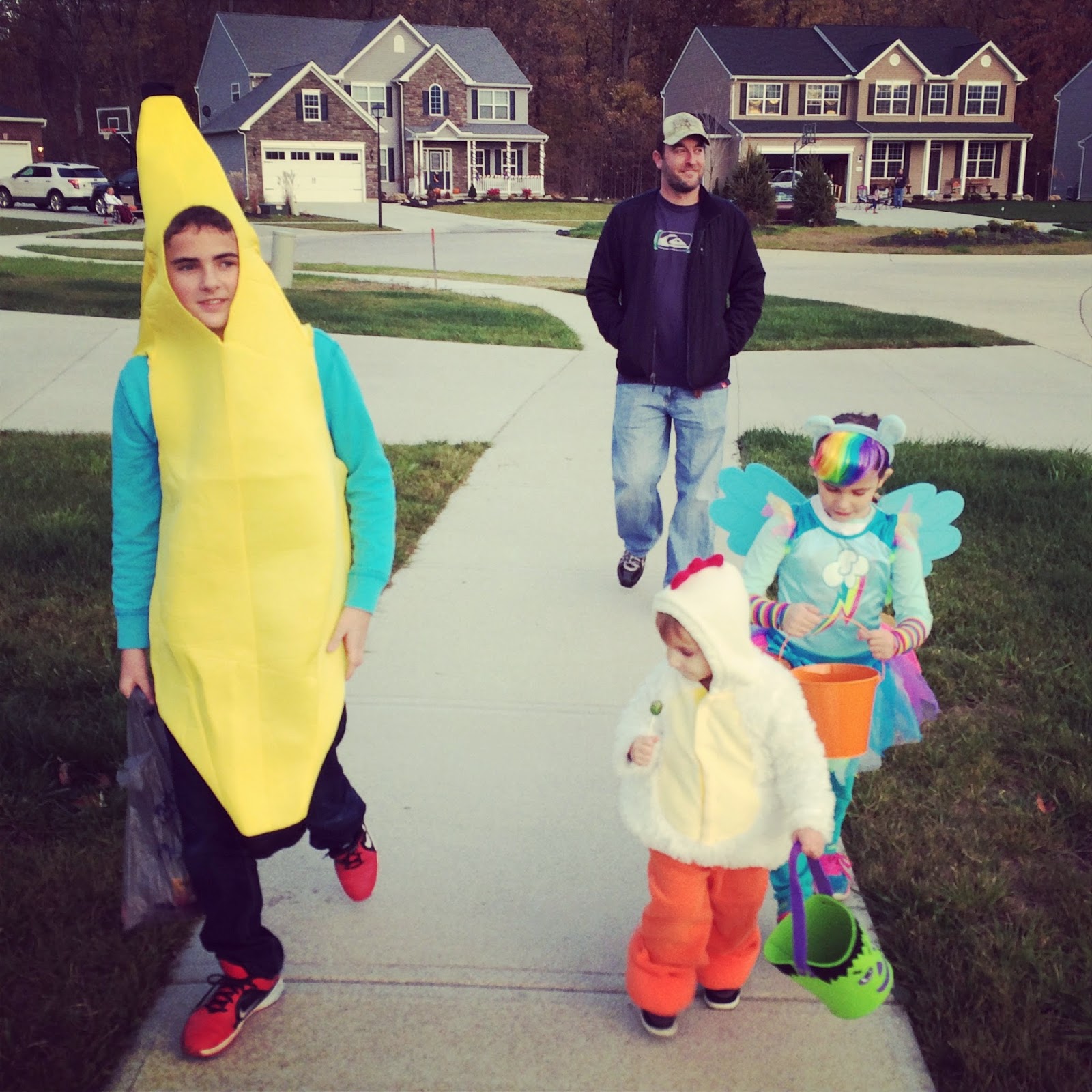 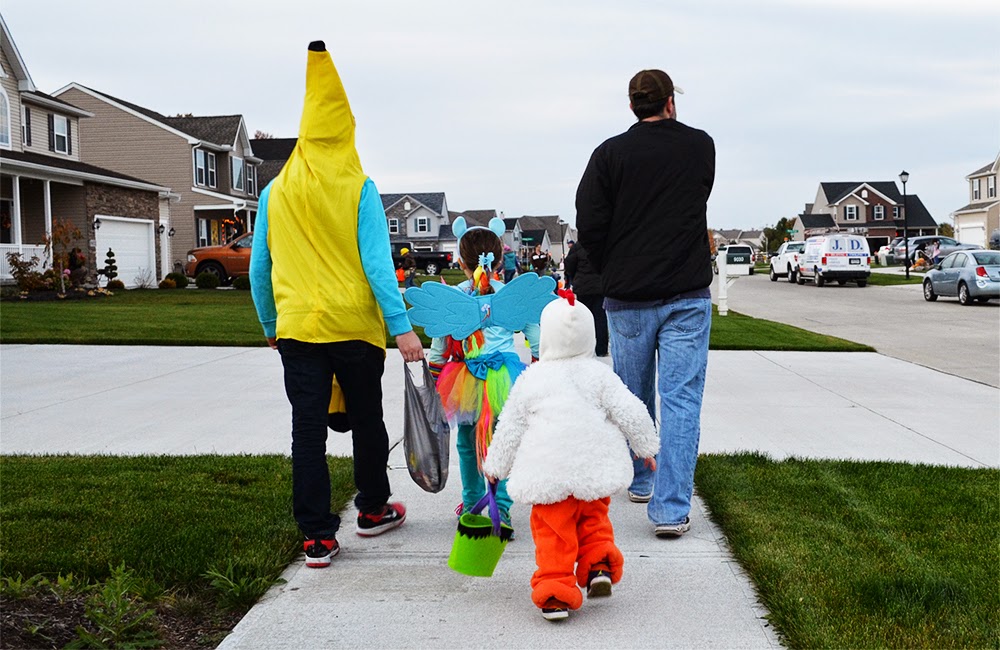 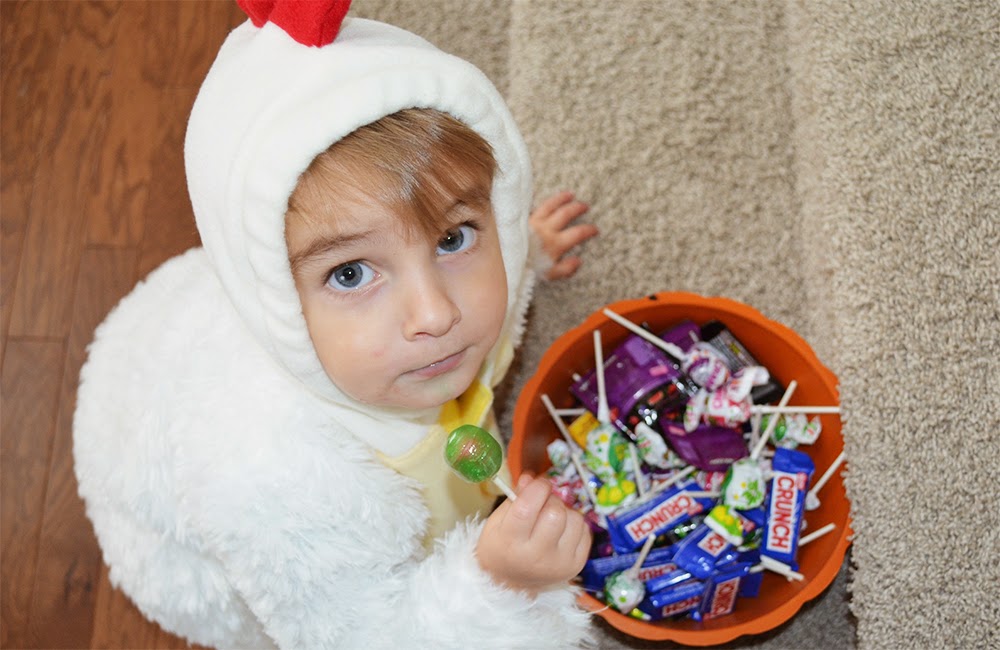 Posted by Elizabeth Gardner at 3:51 PM