Hi. I have so many things to share and to write about that I don't know where to start. So this is the post where I dump a bunch of things that are hanging around in my brain.. but really don't talk about anything. Maybe this will help me focus one thing at a time...

So 'round here lately...

This guy. He handed me my camera the other day and said, "take pick-tur me!!" Then proceeded to pose in about 50 different ways. This pacifier is his fav. (Yes, he's 3 and still uses pacies. Yes, one day I will take them away. No, I have no shame in this.) He's about 2 months past due for a haircut but freaks when we set foot in a Great Clips. The back of his head is uneven because we started a haircut and I pulled him out after 5 minutes of screaming. He's been toggling between pain in my butt & the cutest thing on planet Earth. I guess I'll keep him. Also, those eyebrows... amiright?! 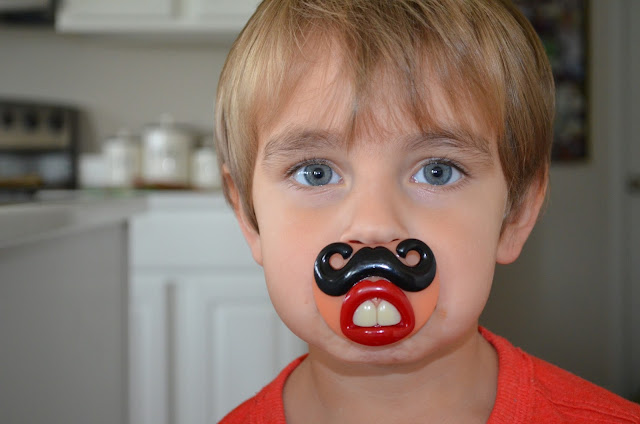 So ready for Christmas. She wore a Teen Titans Go shirt for Red & Green day... whatever you want, dude. She figured out that she can smuggle 2 toys and 2 tiny little charm bears in her backpack each day. (she calls it a book bag. I think that is just weird.) She loves school but hates homework and waking up for school. She can't be bothered for things like putting shoes on the right feet or wearing pants (though I mandate she do wear bottoms to school. you have to draw the line somewhere, folks. now that's just good parenting.) 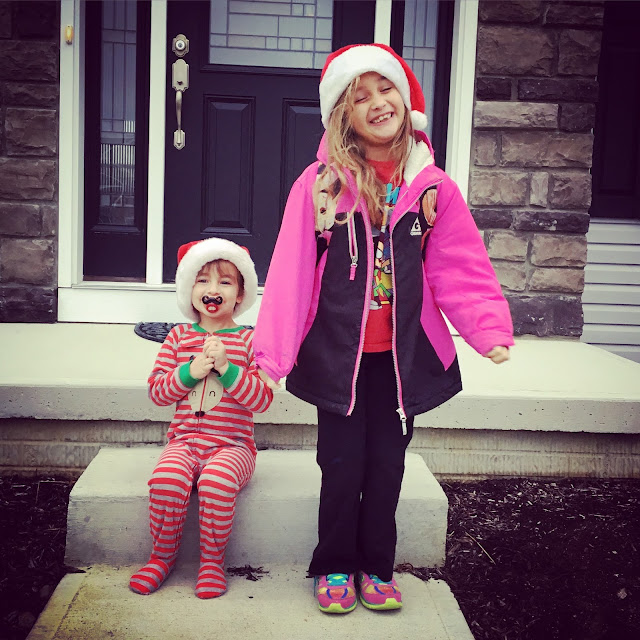 These two may have a problem. They are addicted to the iPad. So this is my personal iPad... but the moment Dez wakes up in the morning he says, "where's MY pad?!" in a panic. He hasn't even peed yet and he wants to play games! Luckily they are mostly educational (ok, only some of them are really learning apps.. I just felt obligated to say that cuz I'm trying to front that I care about that sort of thing.. when really, I only kinda care. Keeping it real, ya'll) (Yes, she still sucks her thumb and is 5. No, I can not seem to stop her. Yes, I might have to cut her thumbs off.) I'd like to break this addiction but also Christmas Break and the kids having 2 solid weeks off is on the horizon so that probably won't happen... maybe after the holidays. We will have diet food and "lost" power cords. 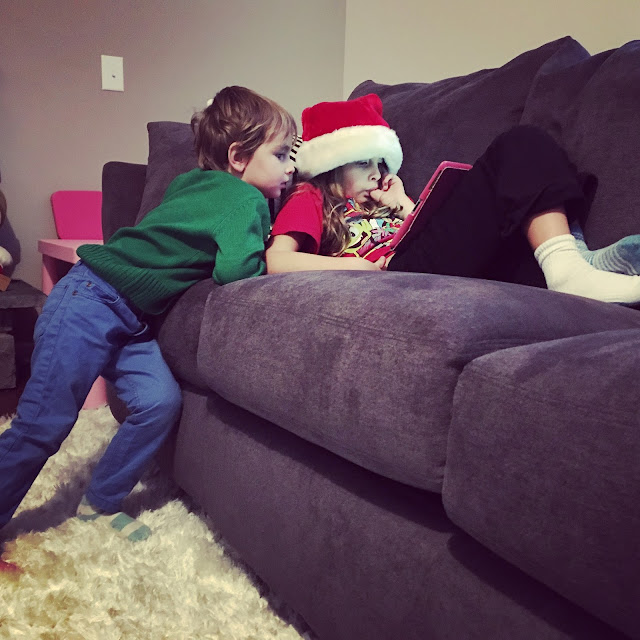 Nakiah had an accidental solo at last nights concert. (Note that I did in fact remember to provide the appropriate clothing this year.. but in an odd turn of irony one of the choirs did all black thus his previous Johnny Cash like rebellion would have been nbd. What can I say, he is a trend setter.) How was it accidental? you ask. Wellllll. When the guy next to you doesn't actually play his instrument, but totally acts like he is (funny thing here: french horns require air).. and the clarinets that you're supposed to play with are all shy and quiet... barely audible. viola! solo! I asked him why he didn't tell me he was going to have a solo and he said, "I wasn't supposed to! You were supposed to barely hear me in the background during that part!" In uniform but still stealing the show. 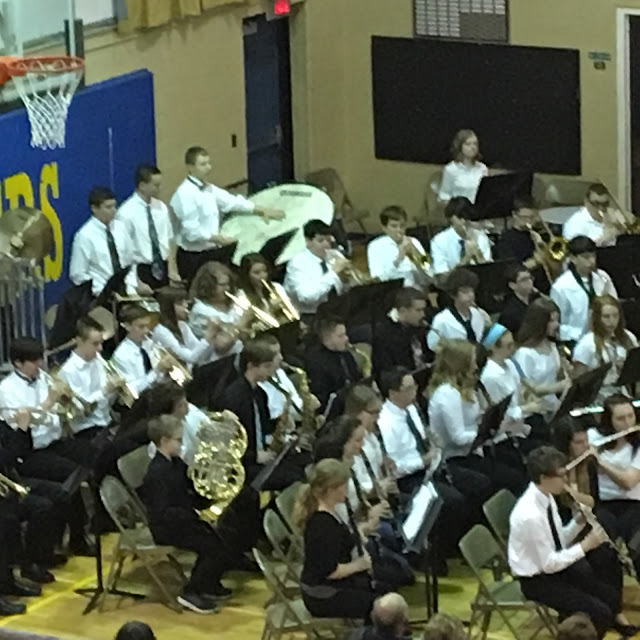 I got tired of the chunky, dark expidit unit. It held a lot of stuff and kept it in sight to be used, which was great. But it felt so closed in in there. I never wanted to go in and work. Now I'm in here all day every day  whenever my kids are on the myPad. Still wanting to redo that wall. Twil be a nice new year project. 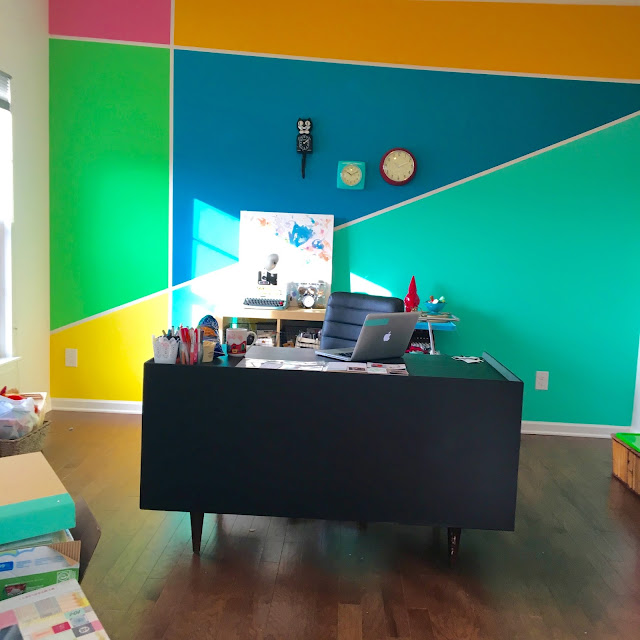 On the depression front! (haha, for some reason it cracked me up to put an exclamation point after that sentence.) I'm doing ok. Well, I would say slightly better than ok. (which if you have ever experienced this problem you know is quiet an accomplishment.) I had setbacks with Grandpas death and the anniversary of my friend Rages death along with two bigtome events being major failures. But overall I'm close to being myself again. I'm ok with where I am for now. and honestly I'm glad that I can feel sad and feel the impact of those negative things. The medication I'm on doesn't dull me or put me on some kind of unreasonable high.. (which I think is a common misconception and why a lot of people don't agree with medicating depression.) So I'm able to react in appropriate ways and also recover in a "normal" healthier way. I'm still sad, but it's not ruling my life. 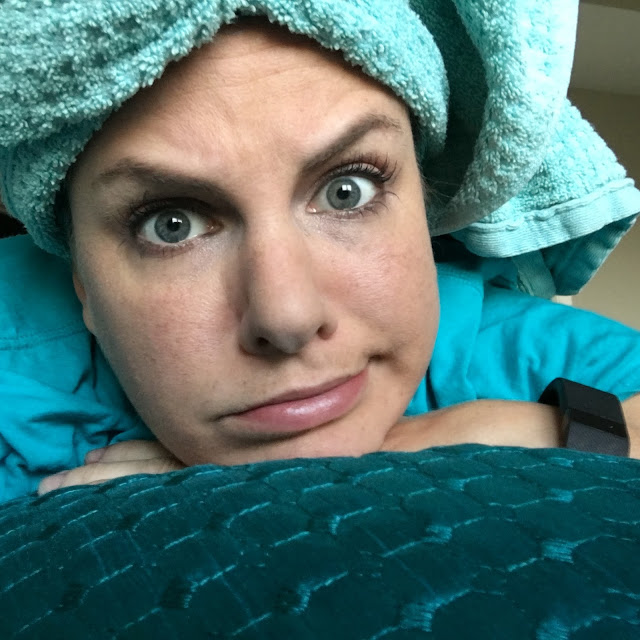 Decorating ery nook and cranny for Christmas. I totally nerd out over this. I want Santa to walk in here and say, "Whoa ho ho. Overkill!"  I'm not like those crazy peeps on the Christmas Light Competition show (which I totally watch).. but honestly that's only because I don't have the funds to harness that kind of power. Otherwise, I would Griswold this house in a heartbeat. Don't worry thought.. I am doing my part by procrastinating on any and all gift shopping. The Christmas fever has to stop somewhere I guess. 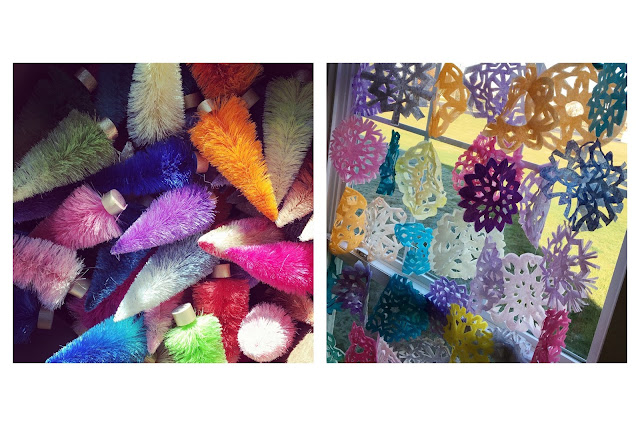 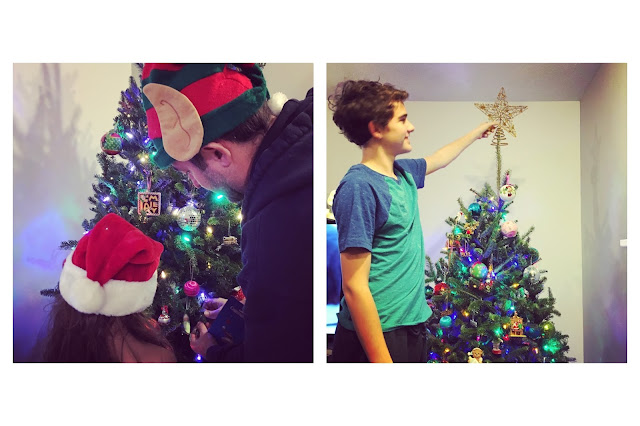 This guy. What would I do without him? I can't even put into words how much I value and appreciate him as a husband... even though he leaves his socks wherever in the house he just happens to be when he takes them off.. and opens packages and leaves the wrappers sitting there... and.. j/k babe. I love your guts. I have to bust your chops once in awhile.. tis my duty as your wife. 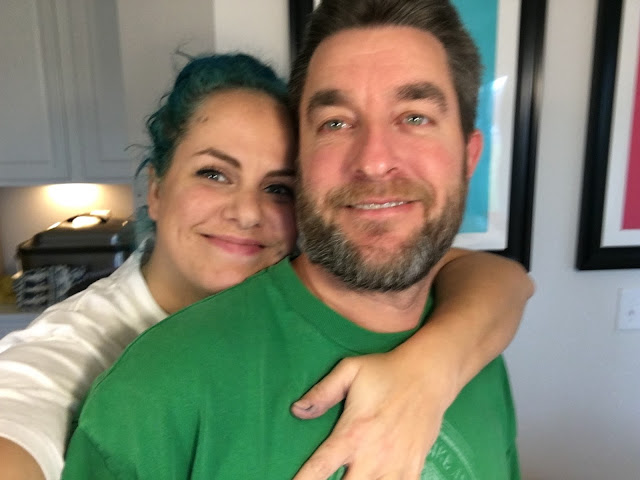 I've been catching up on Project Life, doing December Daily (even though its' really hard when you're sad about something), making some Christmas pages.. eating too much junk food (sorry, body.).. painting my nails and then picking it off nervously the next day.. missing my family... watching xFiles before bed every night and then having the weirdest dreams... working on art for friends but then recognizing it makes me super uncomfortable to charge them for it. (I just want to throw it at them and say, "free!" and run away as fast as I can.).. that's about it. I'll see you again real soon.

Posted by Elizabeth Gardner at 8:39 AM