Even though....
he takes me to a ZILLION furniture stores in one day all around the city & then won't commit to buying anything.... :) (At this point I have playing the part of Goldilocks down to a science.)

He really is the best. Who else would make an inappropriate u-turn because his prego wife spotted a Sonic? (man, I'm gonna get fat!) Who would rub her feet even though he hates feet? Who would schlep dozens upon dozens of boxes from one floor to the next because they were put in the wrong place? Who would shoulder the burden of all of the gory details in a move...the mundane stuff like arranging an apt. with the Internet guy, and getting a car detail paid for after it came off of the cross country rig exceptionally dirty? Who would make sure that he takes sufficient time off of work so that the house could be in order, to avoid putting it all of his wife's plate? This guy...... 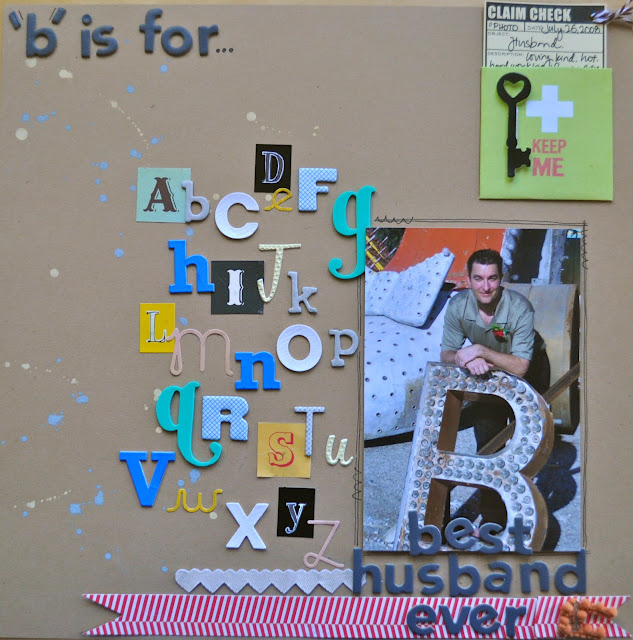 We just happened to run into this giant "B" at the Las Vegas boneyard (where we got our wedding photos taken...thank sis! I'll tell you all about it one day). His name is Brian, not Hottie, as I have led you to believe....and he is the BEST, so perfect fit!

He does so many other super important and fabulous things....things that I probably don't even realize and certainly don't acknowledge. I know that I really lucked out on this one guys, and he's Hot to boot. What a keeper. (It's ok to be a little jealous.....but he's mine so back off. ;))

Posted by Elizabeth Gardner at 2:54 PM