Here's a random recent layout I thought you'd like to see. It's made with a TON of Shimelle American Crafts stuff. For the photo mat I began to weave together those little strips of paper peeled from my 6x6 pad.. the ones that seem like trash because they have holes in them.. I just pulled each paper until the holes weren't exposed. Then I decided they had to go on a page! The other stuff just kinda happened from there. 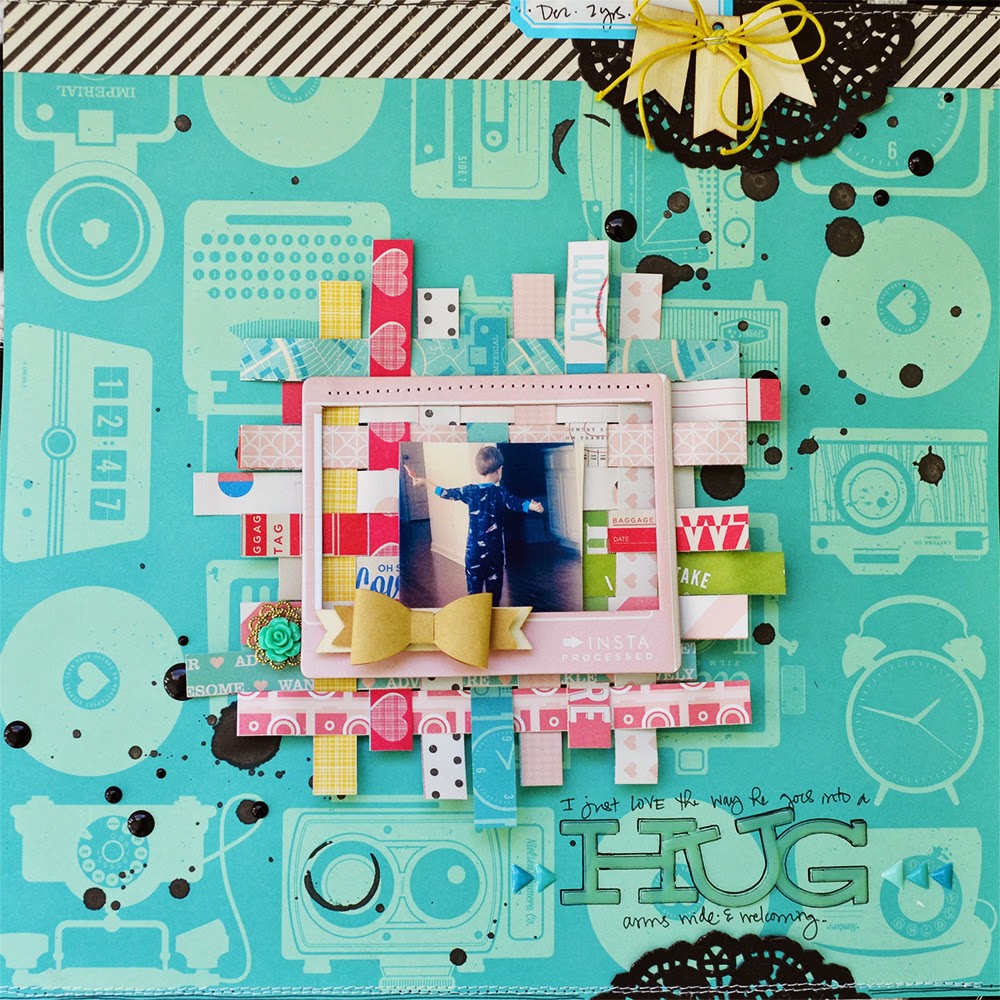 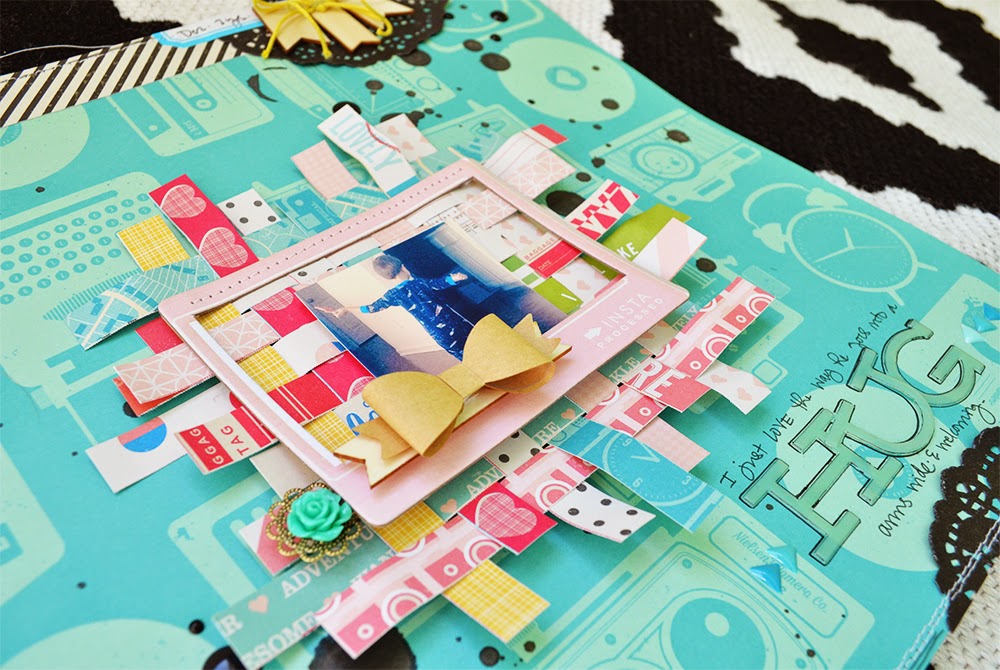 Dez does this adorable thing when he asks for a hug where he throws his arms as wide as possible and runs after you... almost like meeting a long lost love in some romantic comedy. Then he squeezes tight and puckers up for a kiss while he says out loud, "awwwwwww." Gets me every time. I never want to let go. Totally worth documenting since theres no telling how long this behavior will continue. They're so sweet when they're young!
Posted by Elizabeth Gardner at 9:08 AM