I've been trying to think of the way to write this for days... but there is just no way to put it into words... still, I will do my best...

A friend of mine passed away on Thursday night. She had been in a terrible car accident just before Thanksgiving and was put into a medically induced coma. I knew it was bad. I knew she'd have a long road of recovery ahead of her. I knew she'd need a lot of love and support... I just didn't think it would be the end. 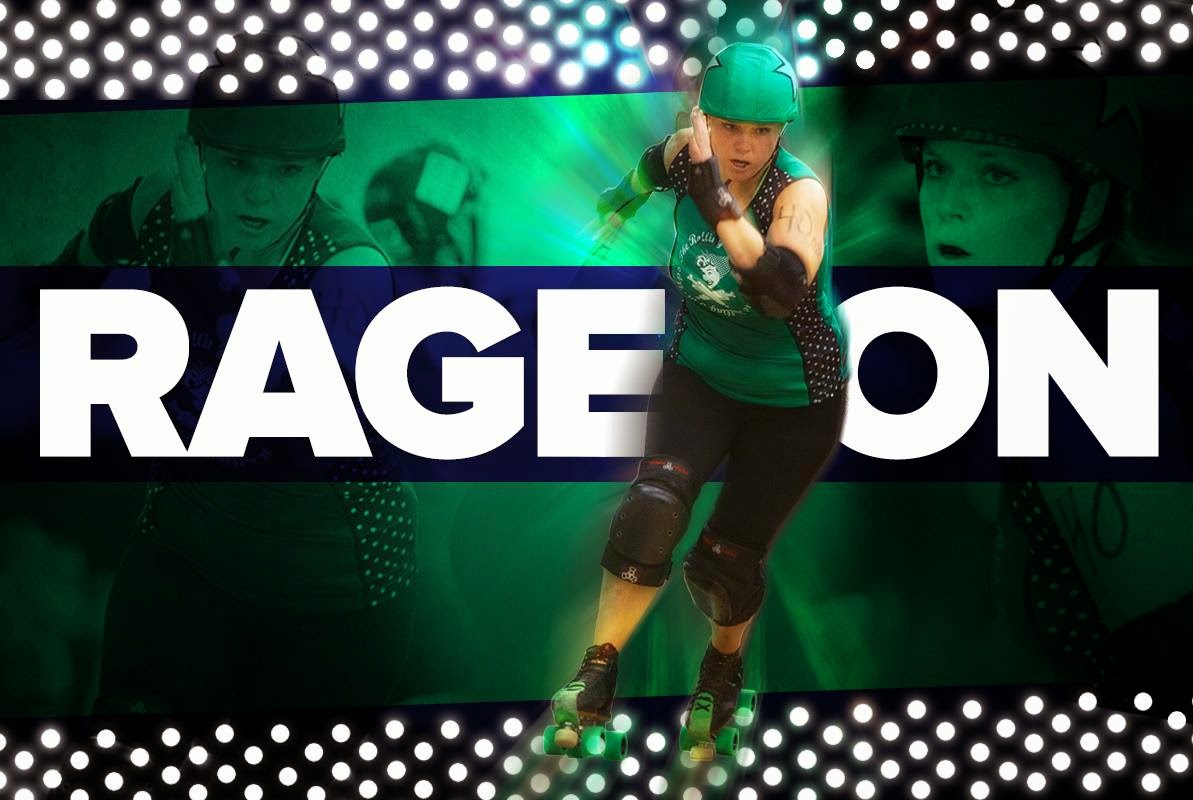 She was one of the most vibrant, strong, and dedicated women I've ever met. Her humor and personality were larger than life. I met her almost a year ago when I transferred to the local roller derby league and she was one of the first people who welcomed me.. made an effort... said hello, asked questions about my life. When I went to step down from our travel team due to personal stuff at the time she made sure to ask how I was... she said, "I want you to know that there are a lot of people here who care about you, and like you. I care about you. You kick so much @$$, but you don't even know it yet."

She would show up ready to work, learn, have fun. She was a force on the track and often times unstoppable... she had this fierce focus and determination when she'd lace up her skates, she'd put her head down and plow through any obstacle... I think that's why it's so hard to believe that this happened.

I just can't believe she's gone. I can't believe that I won't see her week to week at practices. I won't feel that random smack on my butt that tells me she's there.... She's one of the faces I would look forward to seeing. We'd giggle, make inappropriate jokes, talk about her hematoma....

The people she touched just by being her are vast... but my heart breaks most for her children. She has two sons and a daughter. One thing I saw very clearly was that, above all else, she loved the crap out of those kids. She was such a good Mama. You could just see in her face the way she adored them, and they adored her right back. I'm so incredibly sad for their loss. Their Mom was something special. One of a kind.

It's a hard thing to lose someone you love that was important to so many people. It's even worse, I think, when they are so young, and healthy... and heart breaking when it's caused by an accident that could have been avoided. There's not much else to say, except that my heart is heavy, and I miss her. I'm starting to finally process it, days later... for awhile I was just in shock and disbelief. Still, it's hard.

Rest in peace, Rage. I will miss you.

And just because it feels right I'll share a far better piece written about Rage by one of our league mates.... in case you want to read more about her.... 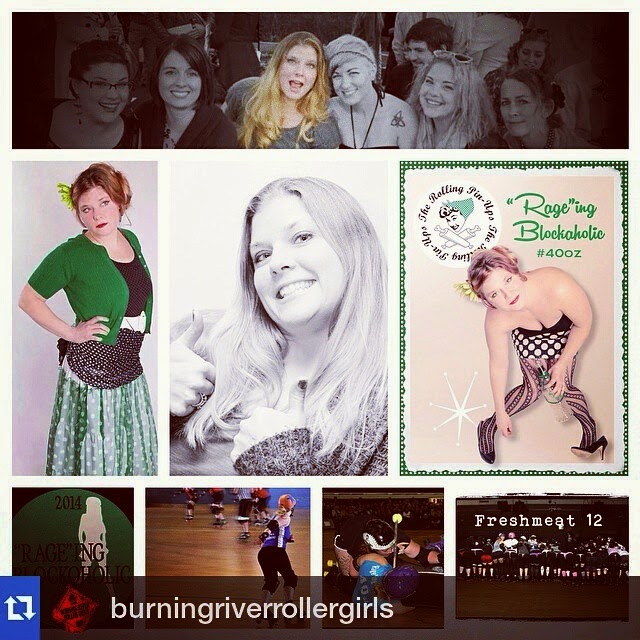 Nov. 23, one of the strongest women we know was the passenger in a terrible car crash that sent her to the hospital in critical condition and ultimately took her life.
Mary “ ‘Rage’ing Blockaholic” Byrnes, 35, was a rising star among the Burning River Roller Girls and a member of the Rolling Pin-Ups, HazMat Crew, and Burning River All-Stars. As her name implies, she was a powerhouse blocker, but was also known for her tenacity as a jammer.
But at BRRG, we all knew that her most prominent skill was her fierce loyalty to her friends and family. She was always there for us, whether it was making us smile with her irreverent humor or having our backs during the really tough times, both on and off the track.
Who will be there for us now, though, as we say goodbye to our beloved Ragey? She fought just as hard in the hospital as she did on the track until the intense trauma took her life Dec. 4.
Rage just capped an incredible second season with many honors. At our annual banquet in October, she was awarded Rolling Pin-Ups Most Improved, HazMat Crew Best Jammer, HazMat Crew Team MVP, All-Stars Most Improved and All-Stars Rookie of the Year. Her death will leave a giant hole on our league and in our hearts.
She leaves behind three children and a stepson, an extensive family and many derby sisters and brothers who loved her dearly.

Posted by Elizabeth Gardner at 10:58 AM