Get in On the Joke

I've been wanting to talk about this for awhile, but never got around to it… scrapping with humor. Looking around at your favorite designers and companies you'll see tons of pages with sweet photos, darling embellishments, beautiful art work even.  But in this industry there aren't a whole lot of pages that are infused with a sense of humor, or tell funny stories. Don't get me wrong, there are plenty of big personalities out there… I've met Suzy Plantamura in person and she is hi-larious… and maybe you know about Elizabeth Kartchner's husband, larger than life funny-man Collin, and his character named Cleetus. If not, google it. Seriously.

There's just something that doesn't get translated sometimes to these beautifully designed, sentimental pages in the scrapbook world as a whole. Where are the punch lines? The funny stories? The embarrassing moments? Life is full of these. I mean, my own personal life is a total joke.. ;) Why is it that we're only drawn to including the softer, more picturesque moments of life? I'm so guilty of this. I'm constantly trying my hardest to see the funny side of things, but when I sit down to scrap all this mushy stuff just pours out. Thats cool, but why not incorporate both?

Once I did do a page to memorialize the time one of the times that Ev poo-ed all over Hottie as a baby.. which is disgusting, but also hilarious. (If I remember correctly I titled it, "...For Me To Poop On.") Her future husband should totally hear the story one day… and see the embellishments that I chose to include with the photo ;)… and then there's this one… 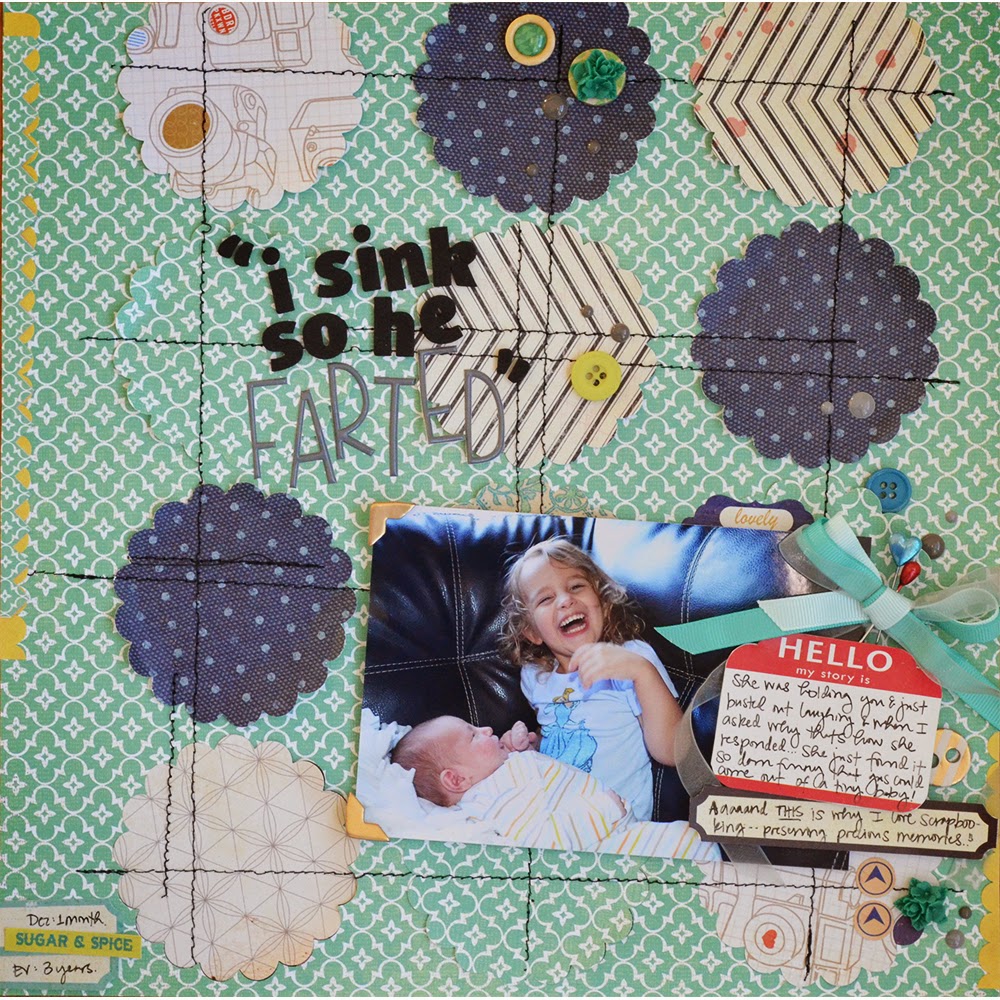 When I first printed the photo my thought was to do a page about how much she loves her new brother.. but in the end I decided to keep it real (although she totally does love her brother). What happened at the very moment that I snapped the pic, and why she's laughing so hard, is that he farted. One really huge, noticeable fart. She could not stop giggling and said, "I sink so he farted!!!" She was completely floored, having no idea babies were capable of such a thing. 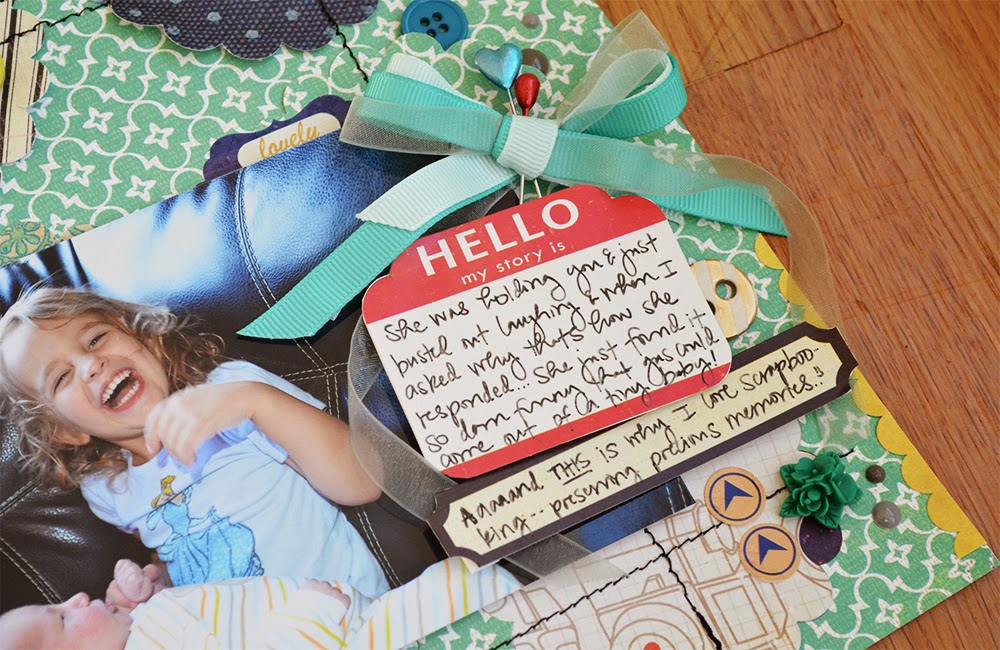 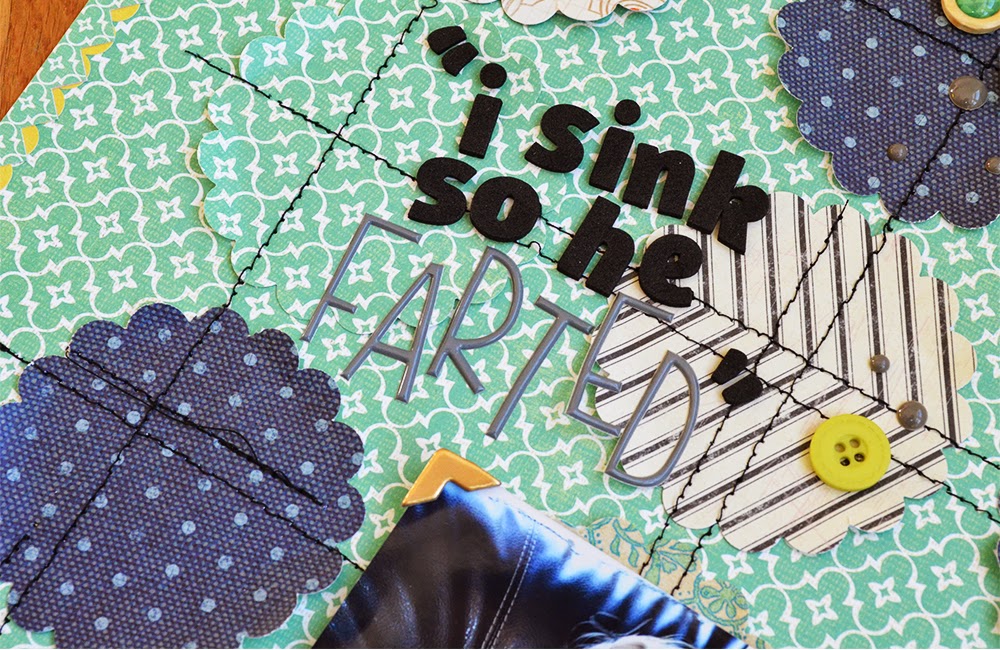 When I look at this page now it just makes me chuckle. It was a real moment and I'm happy I captured the whole story. So get in on the joke, people! (And not just poop and fart pages, there are so many funny things to scrap about!) This is something I want to work on too. I need to start having a mixture of pages that make me say, "awwwww," and "hahahahaha." Because that is so totally my life right now… except for maybe the eight million times a day when I also say, "AHHHHHH!" --while pulling my hair out.. But hey, maybe I'll keep those memories locked deep down inside me for the therapist to dig out later. ;)

Posted by Elizabeth Gardner at 11:15 AM