I've been sharing a lot of scrappy stuff lately... which is cool and great and kind of what I started this blog for.. but I also like to share overshare about what's going on in my life too. I haven't done that in awhile. So here's what's going on round here lately.... this is a lot of really random stuff. You've been warned. 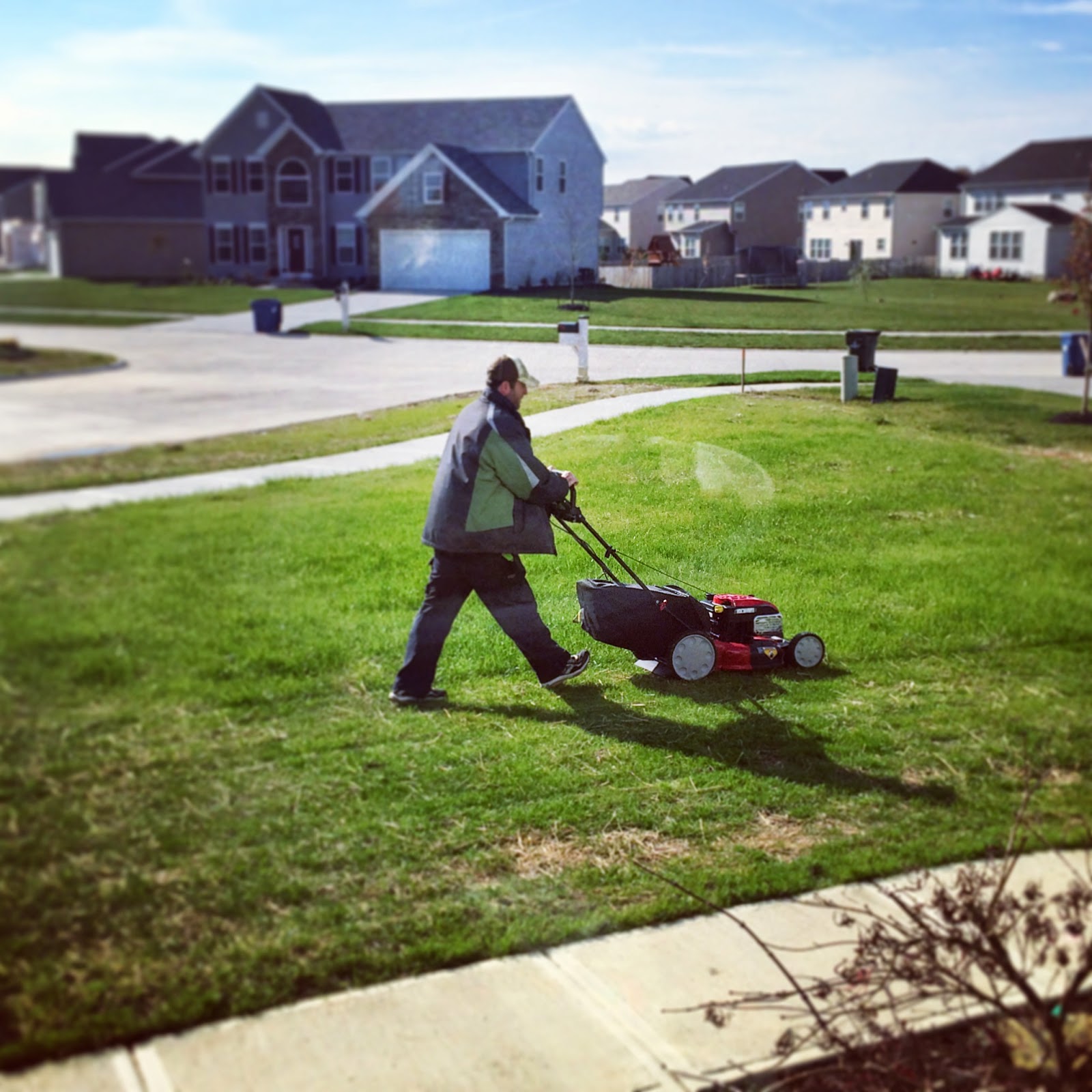 This week. Winter wonderland. Ev can't wait to make a snow angel. I LOVE the snow. I love watching it come down and coat the ground. The only down side of snow for me is driving in it. That's no fun and very nerve racking if the roads aren't clear. Snow also makes me want to decorate for Christmas, like now. I've never been one to deck the halls until after Thanksgiving, but if I owned a fake tree it would be up already, for sure. 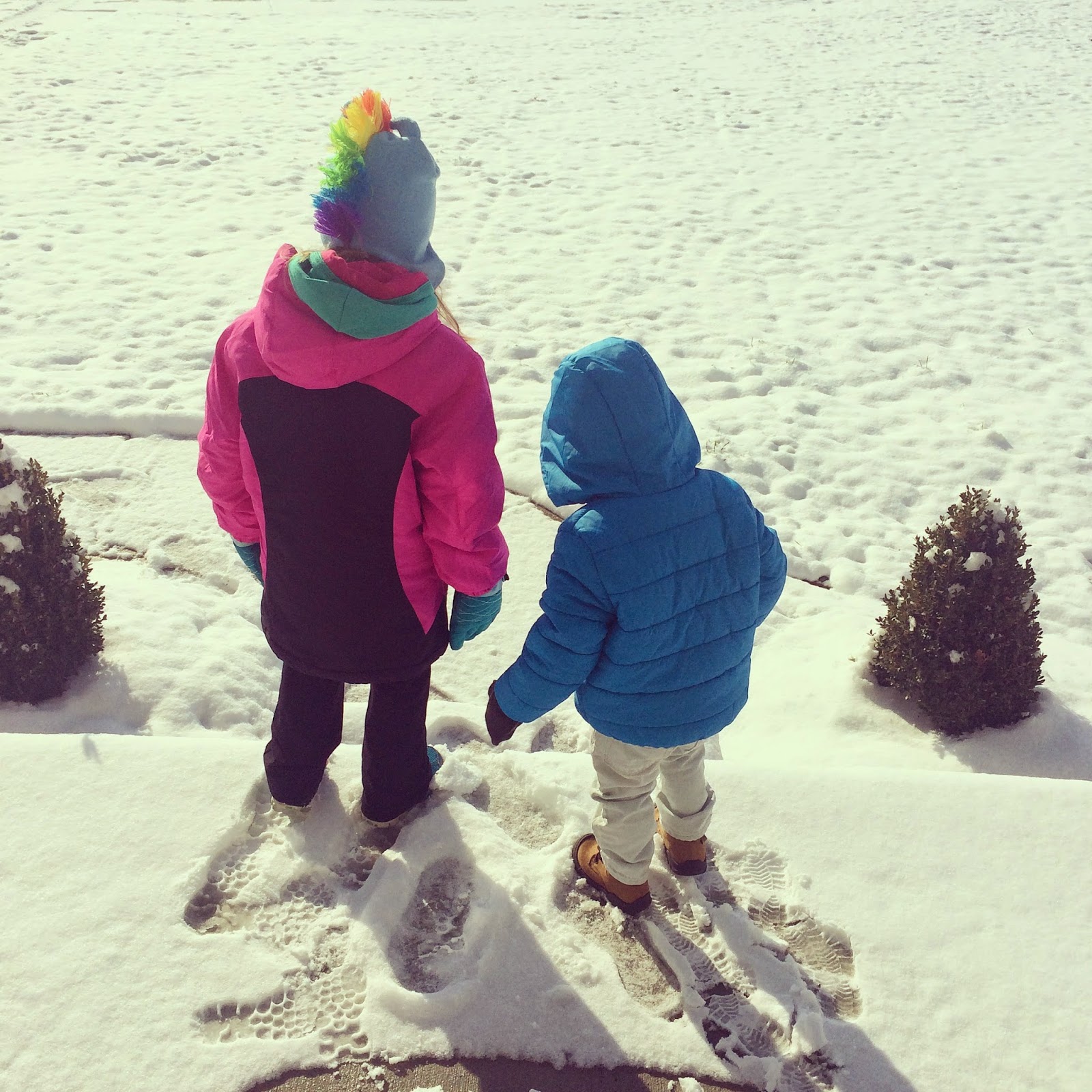 Catching snowflakes while we wait for the bus. 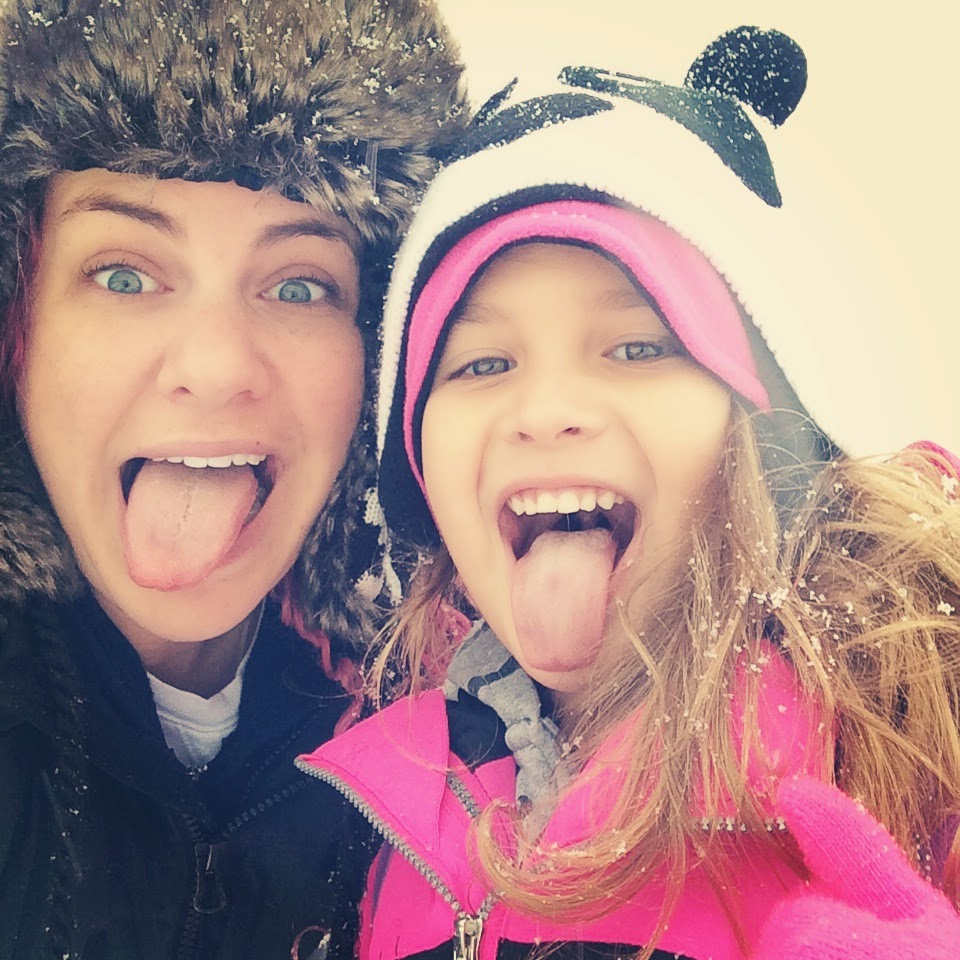 Thanksgiving on the horizon means lists, lists, and lists giving birth to more lists. Only one thing checked off.. sounds about right. So much to do! (and I probably won't get to all of it.) I'm so super excited that I get to see my sister and nieces and brother in law next week! I'm not "ready" at all but I am sooooo ready to see and spend time with them!!!! Also, I love having a full house for Thanksgiving. It's gonna be awesome. Time to conquer the lists. 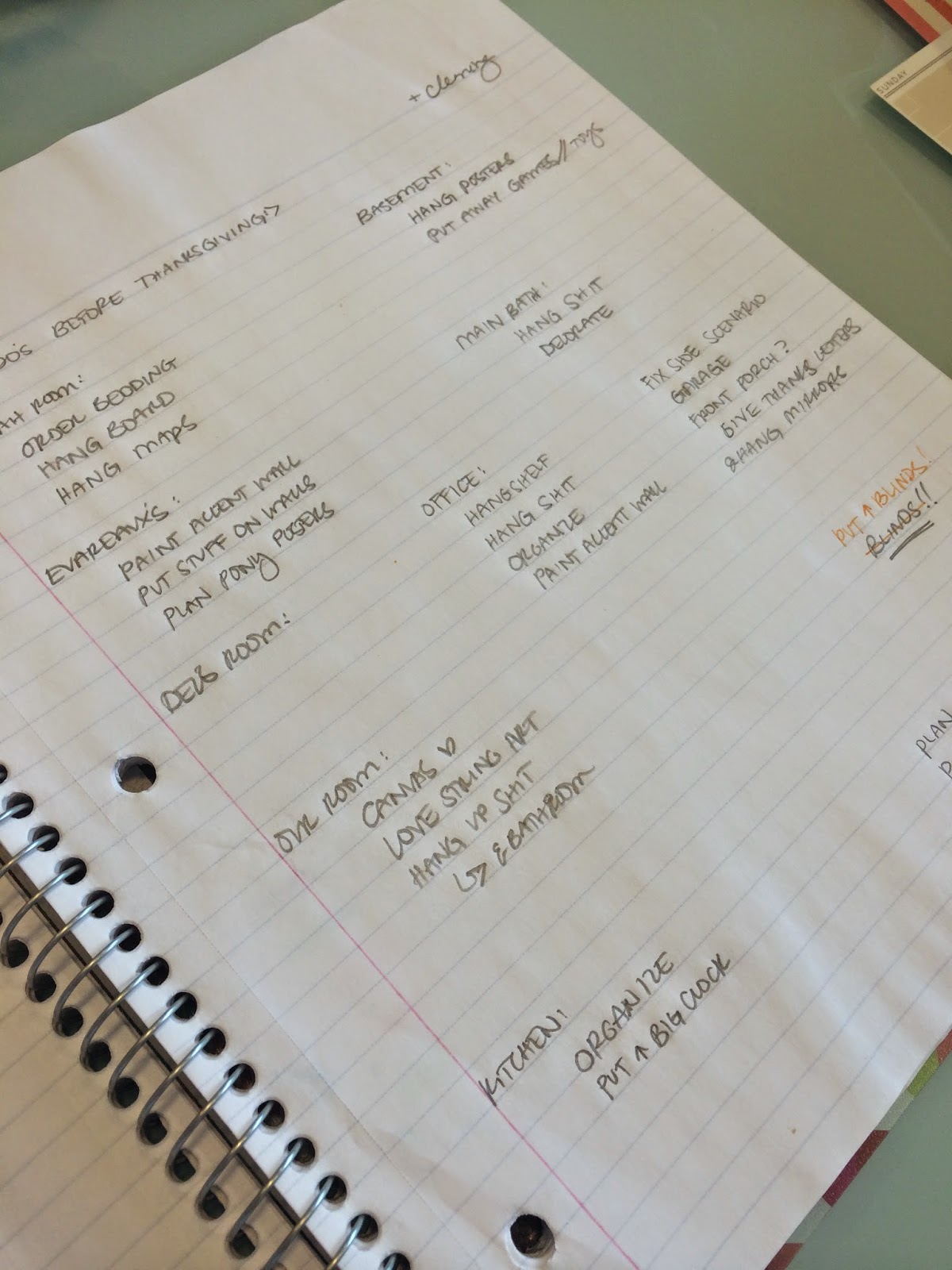 OK. So scrappy stuff is happening too. I recently worked on some projects for Shimelle's blog. I was kinda freaking out the whole time. It feels like a big deal.... I mean, she designed these things and now I'm making projects with them to promote on her blog? I'm not worthy (bowing down). 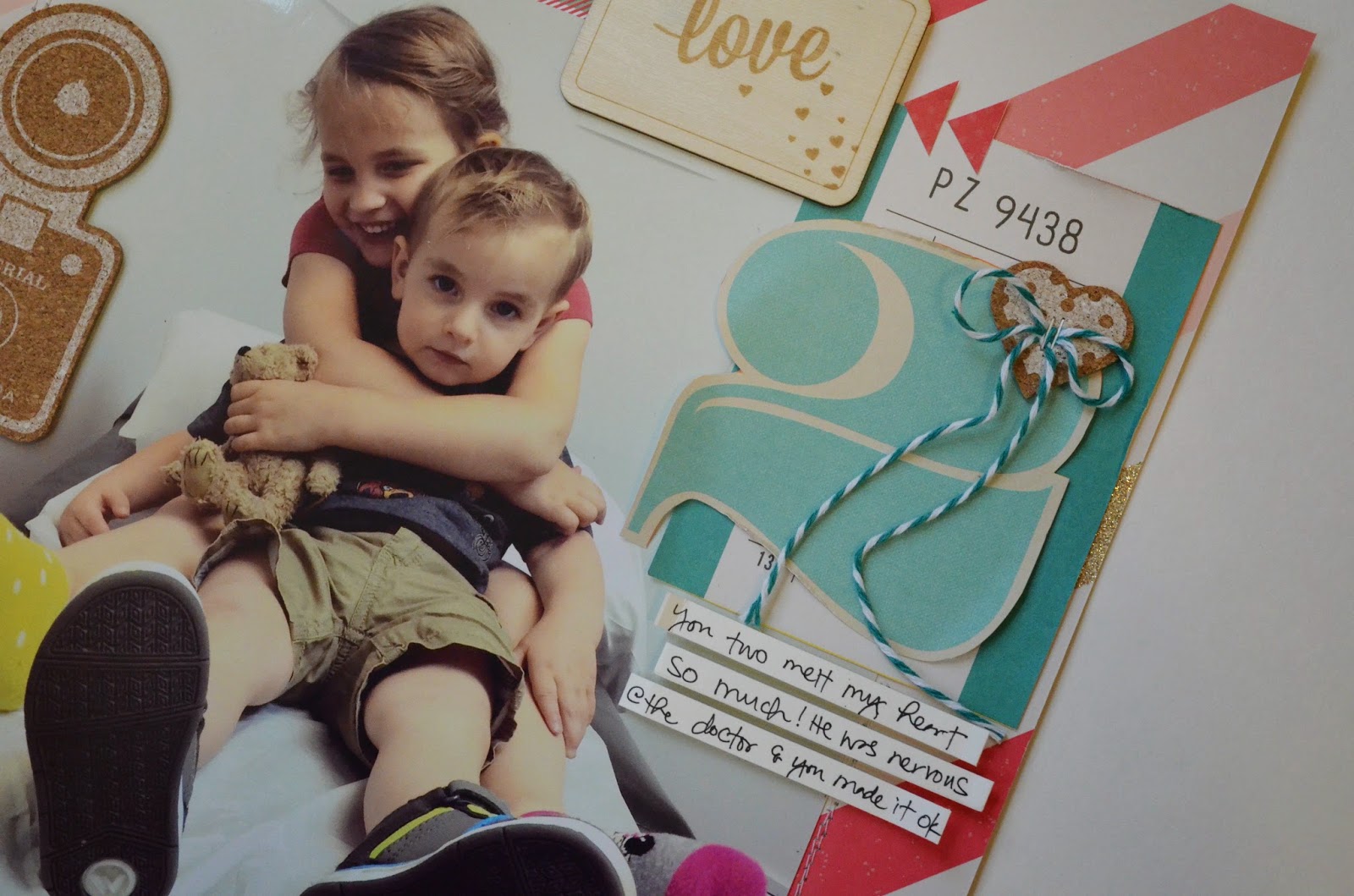 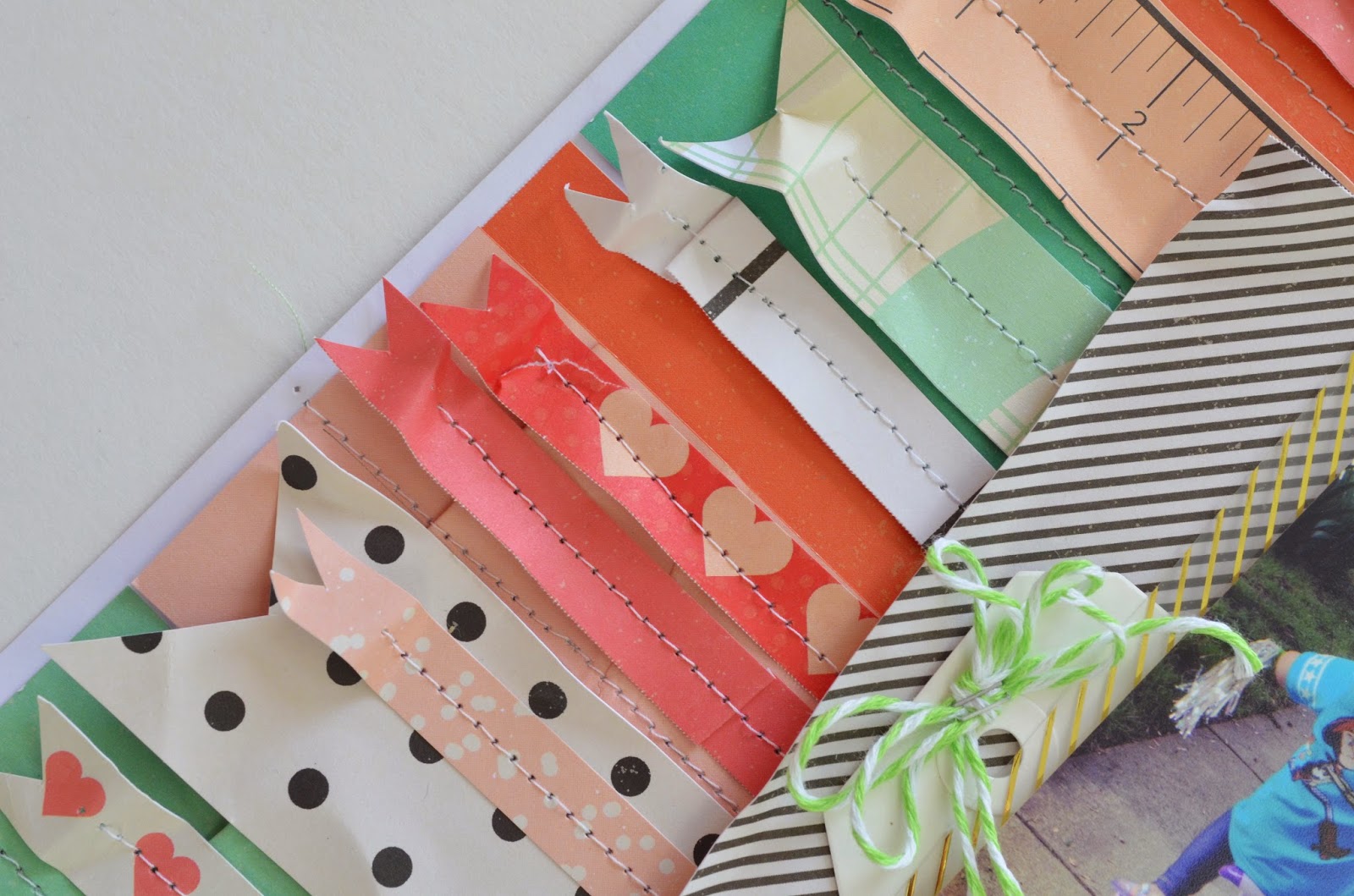 Non-scrapbook projects are happening too. I can't wait to finish so I can share. Exciting stuff. You should have seen the guy at Lowe's face when I handed him these swatches... and Hottie's face. Trust me babe, I have a plan. It's gonna be awesome.. 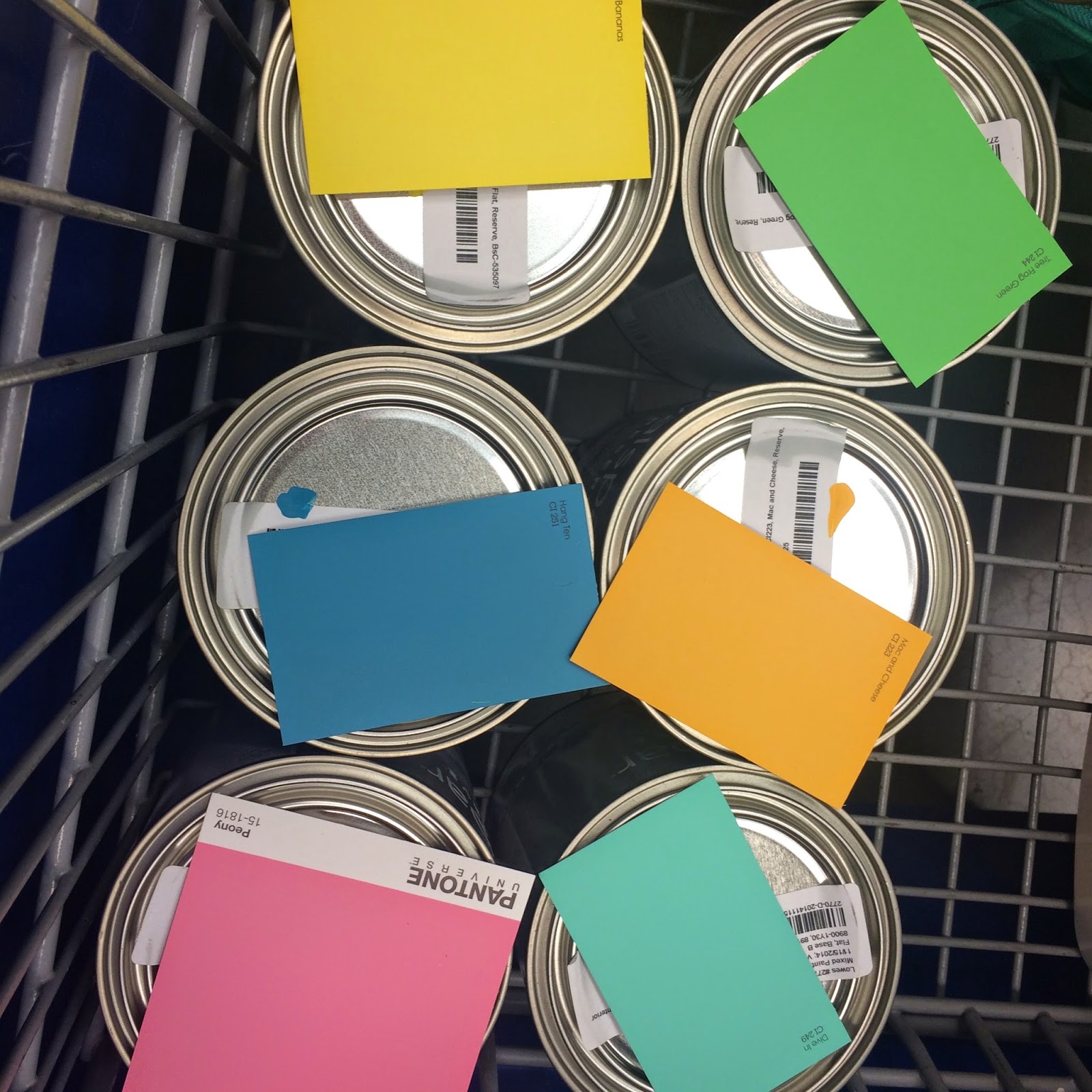 (almost) Every day I build a pillow barrier around Dez and let him eat his breakfast on the couch. Every day he has a jealous captive audience. 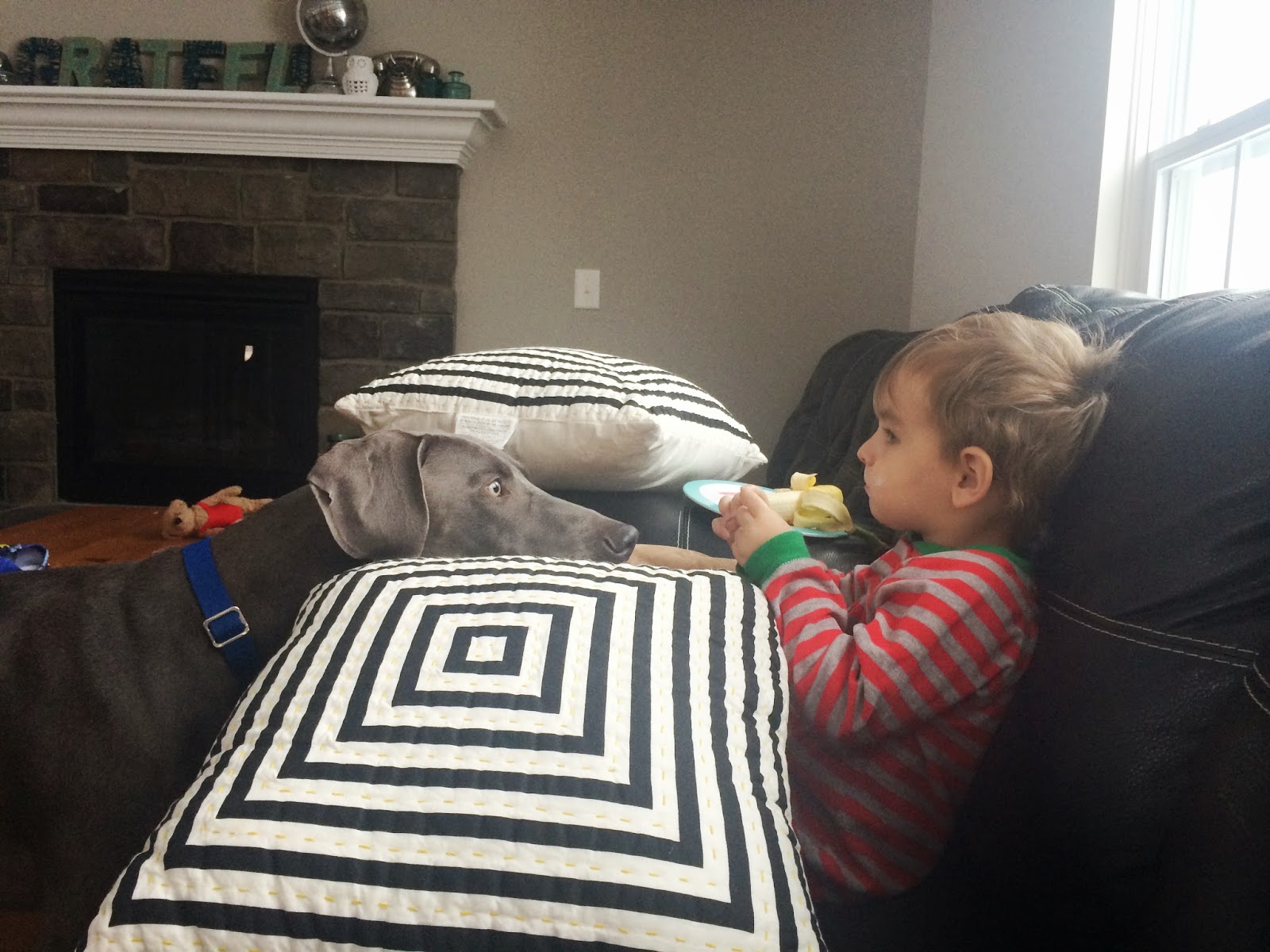 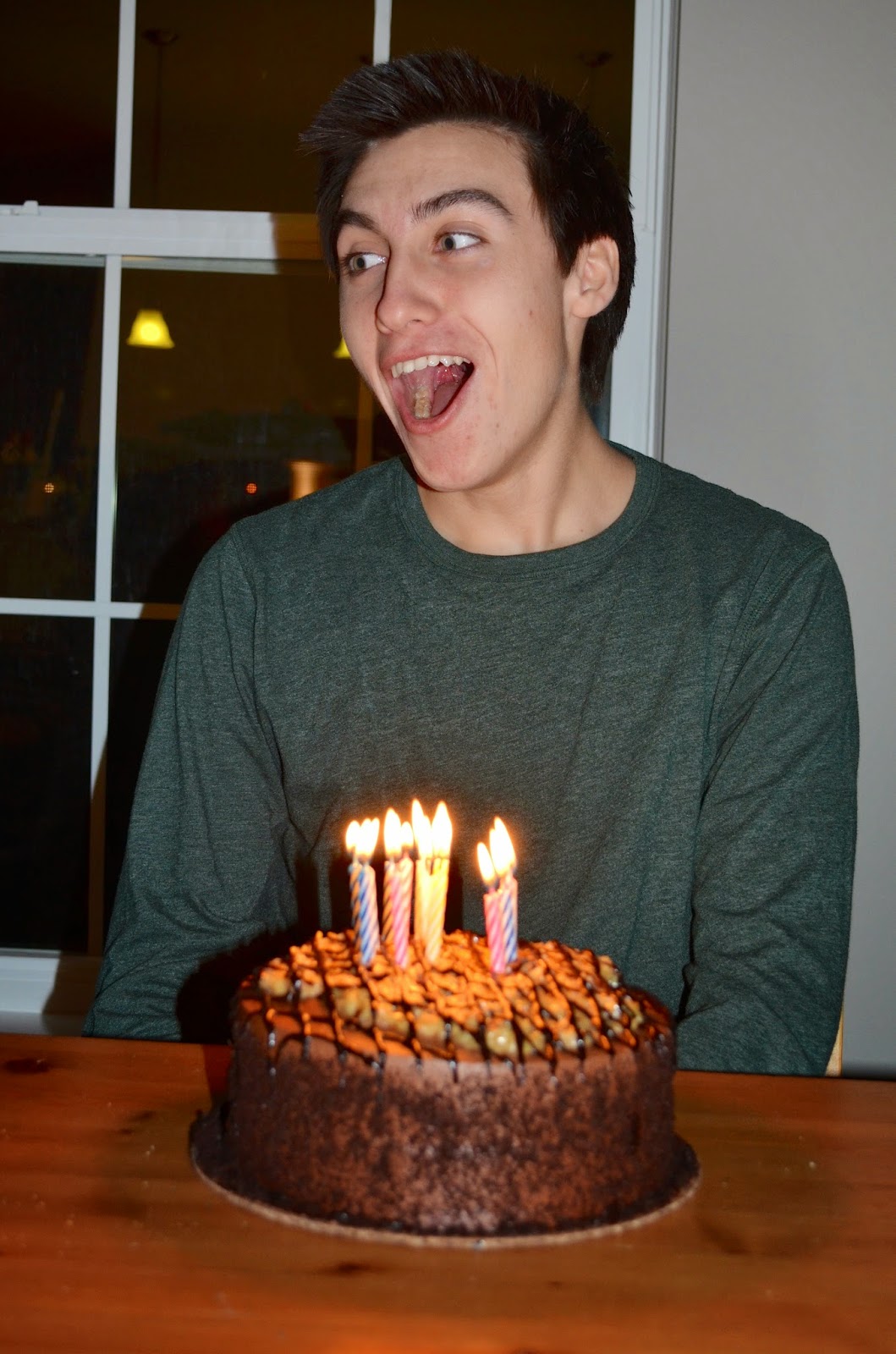 When Hottie has days off we are pretty darn lazy. It's awesome. 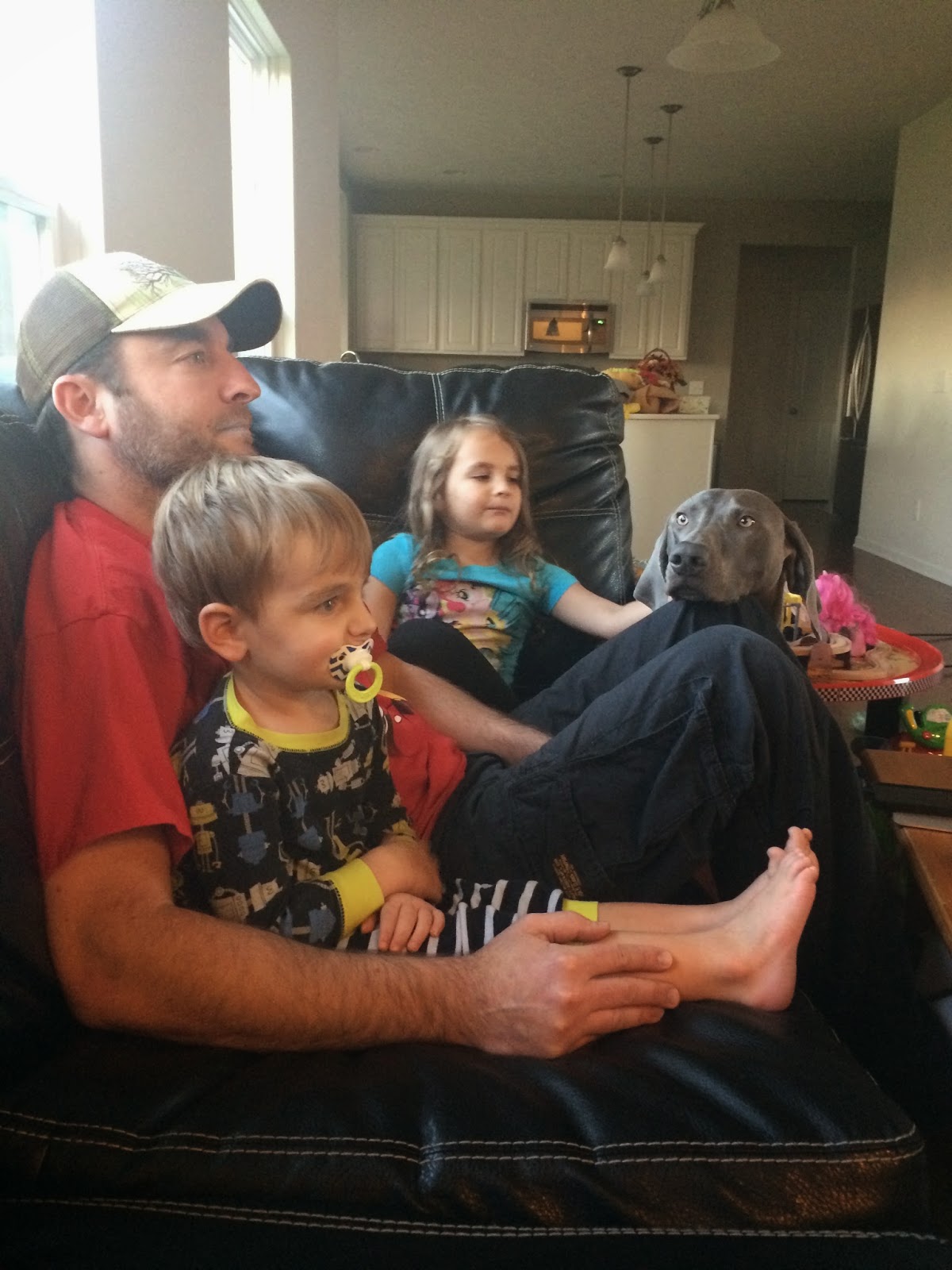 These kids are nuts... when Dad's away the kids will play (dangerously). 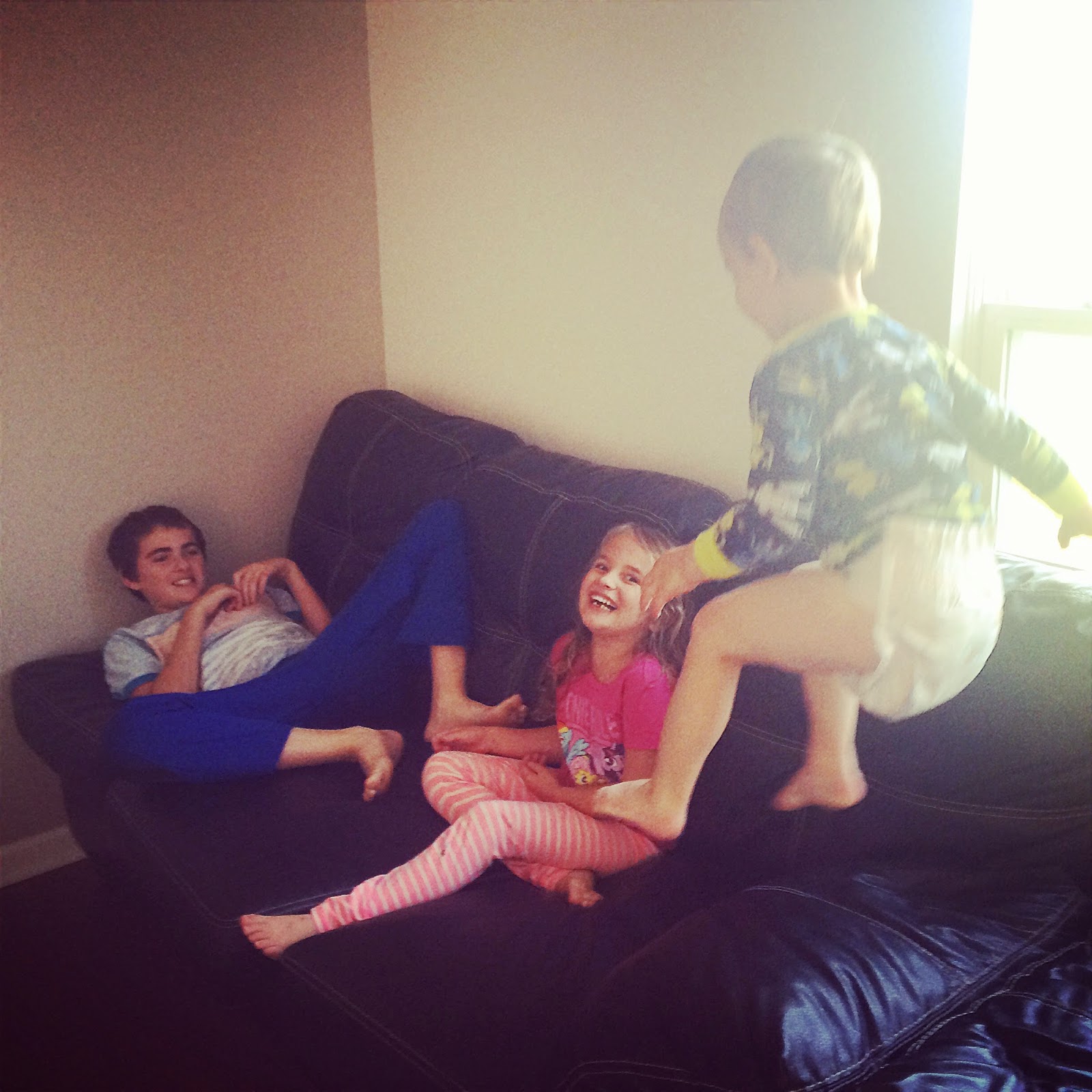 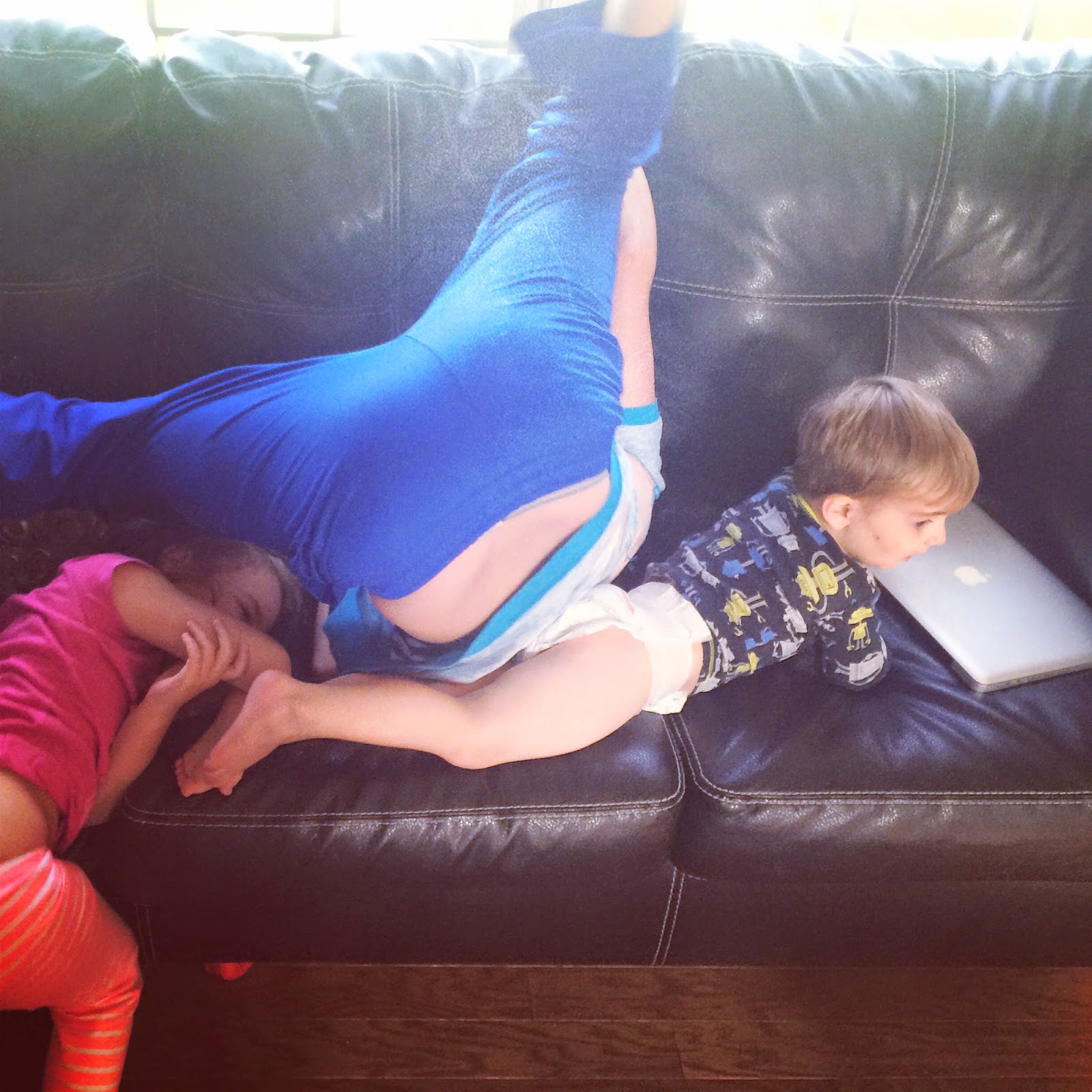 They're pretty cute when they aren't making me bonkers. 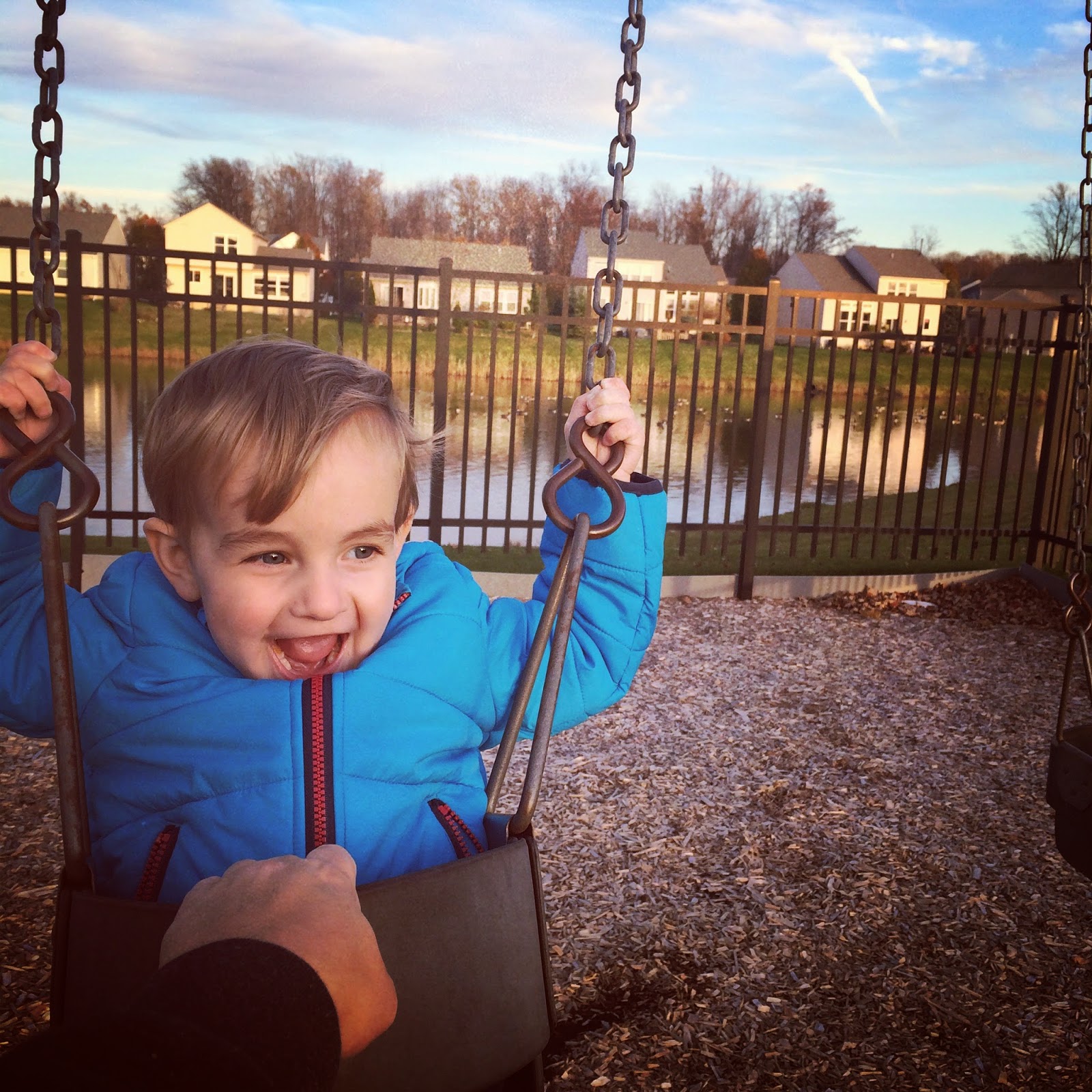 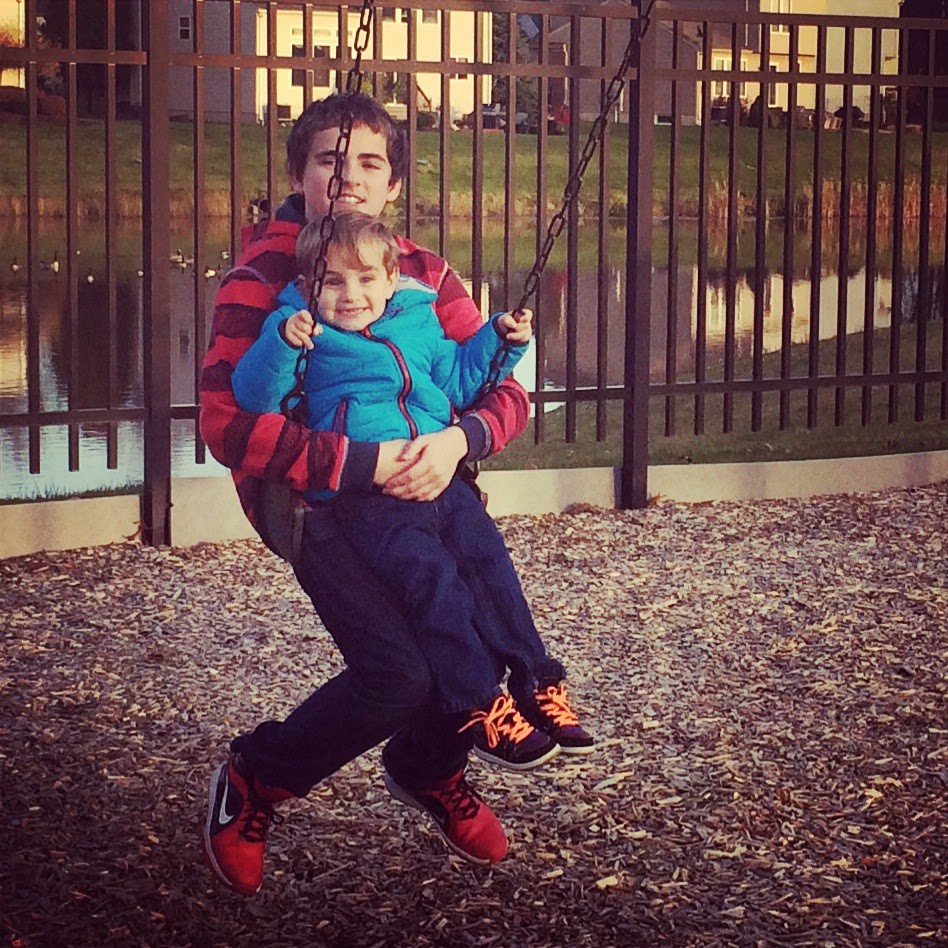 He does this little thing with his hands, clutching them together. Such a doll. 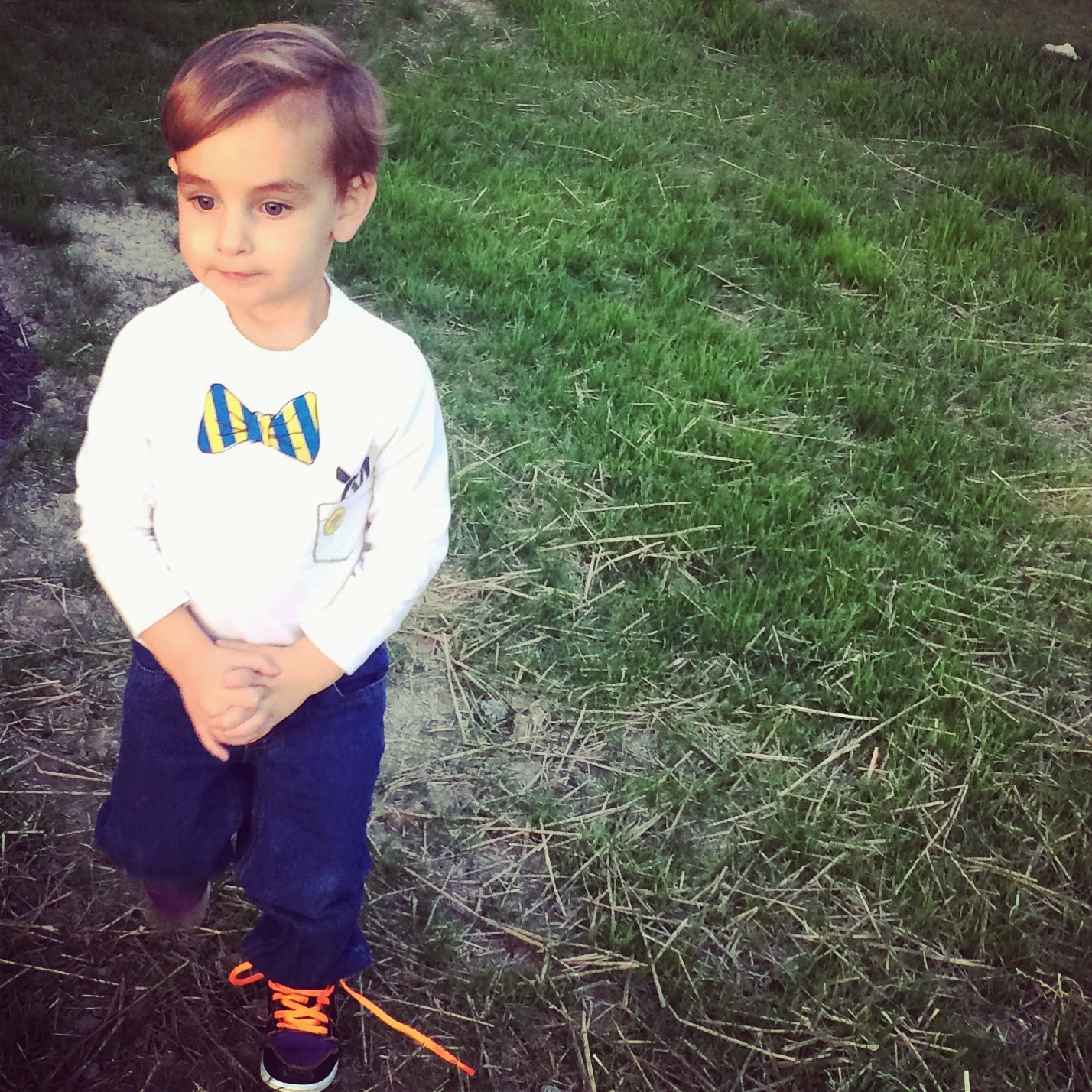 His one downfall is that he hates Target. How can anyone hate Target? (Maybe he was switched in the hospital. No kid of mine could hate Target.) He lasts like this for about 5 minutes & then wants to get out and be two all over the store (you parents know what I'm talking about.) 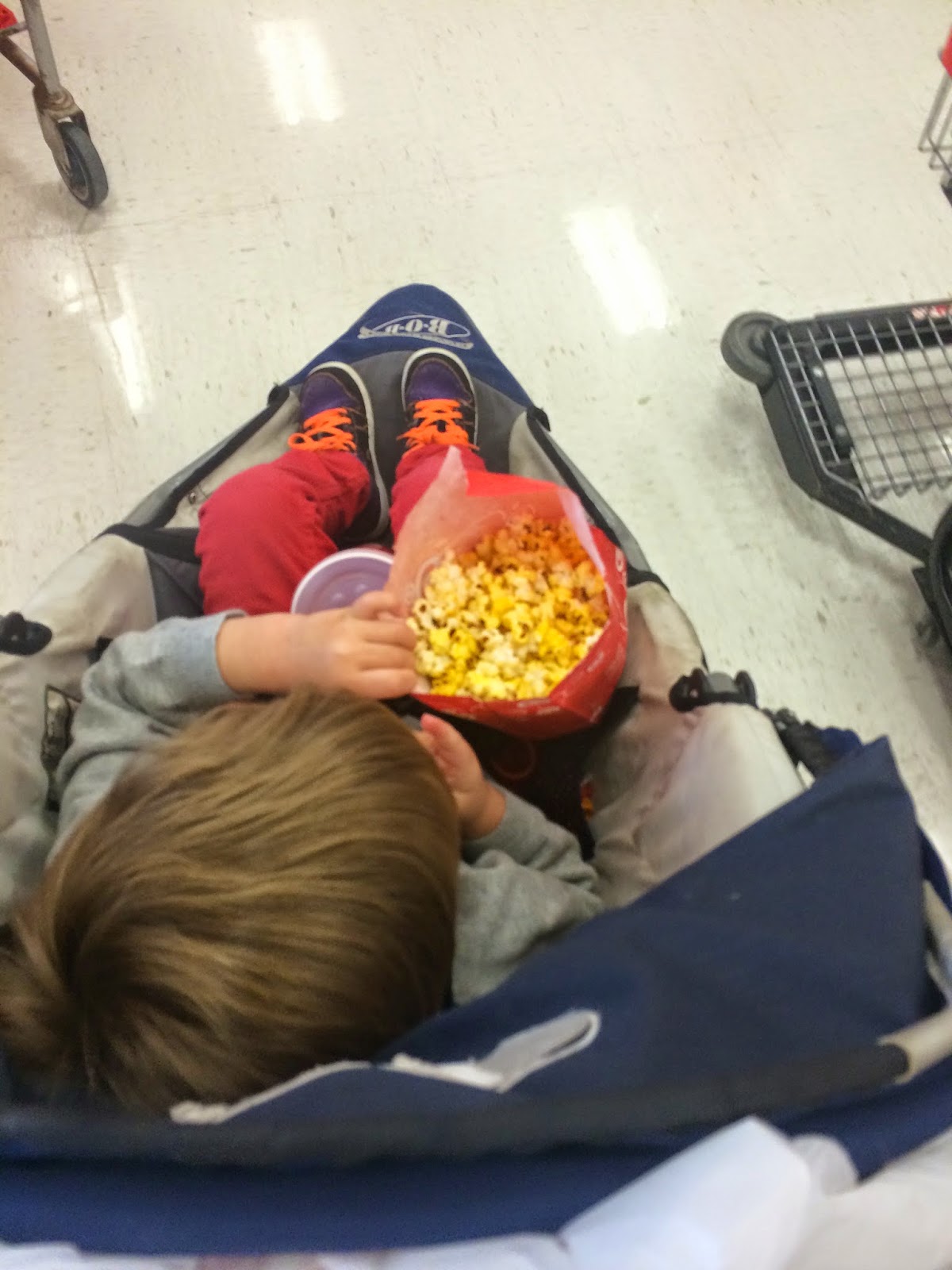 This guy drives me nuts too. He's a pain in my butt... but I also love his guts. I'm a little concerned about how he will act when my sister and her family come to visit. Will he bark our ears off? Will he knock my nieces over? Will he steal food off of plates and jump up? Probably yes to all of those. Oh boy. This should be fun. He's generally a good dog, but unpredictable at times and not great with visitors. Wish me luck. 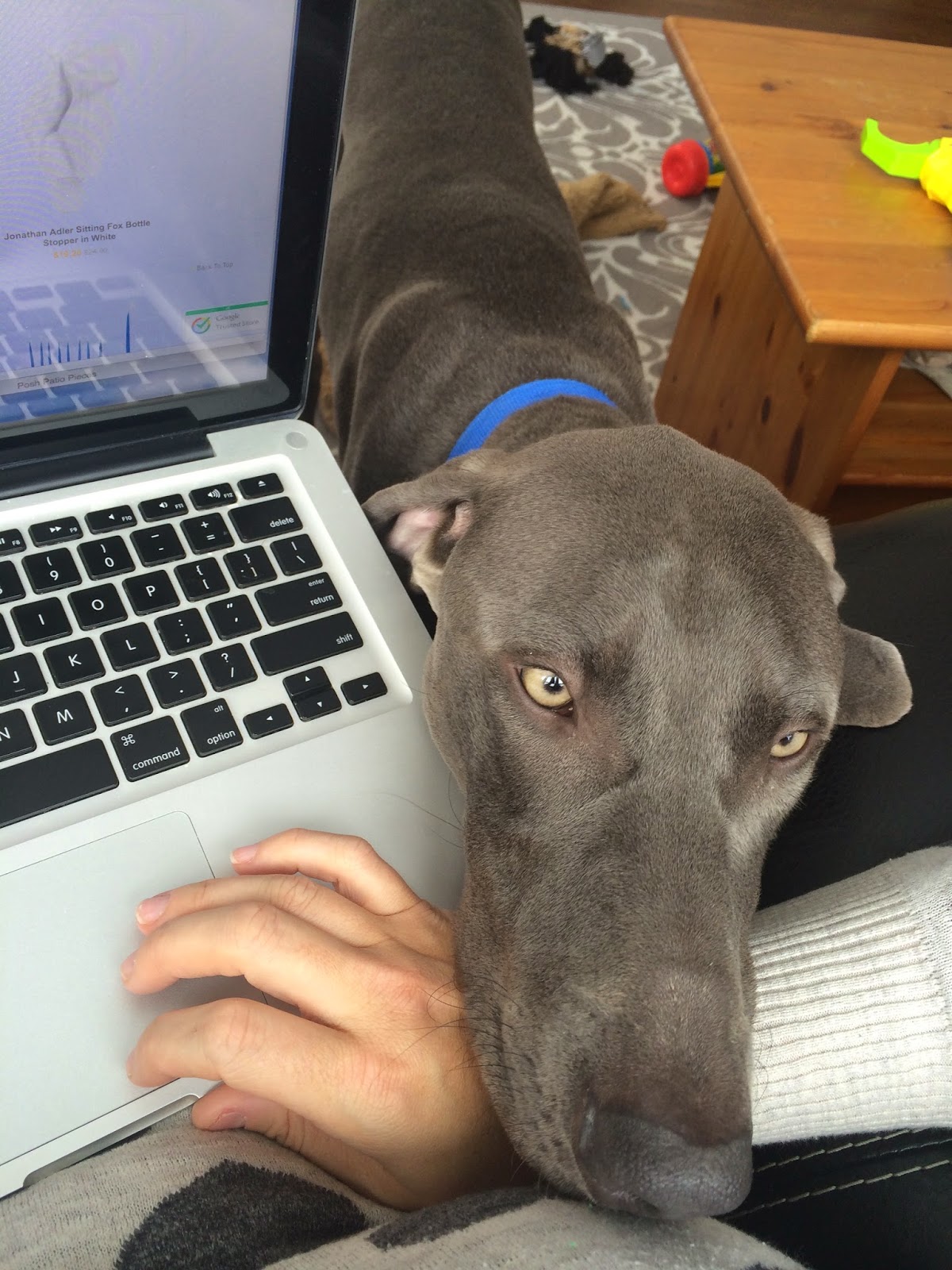 I've been reading like there's no tomorrow. I don't know if it's the cold weather or the fact that I've been lucking out by picking some really good book lately. I'm all in. I find myself wanting to sneak a chapter here and there while waiting on the kids or for a meeting to start. Current Status: book nerd. 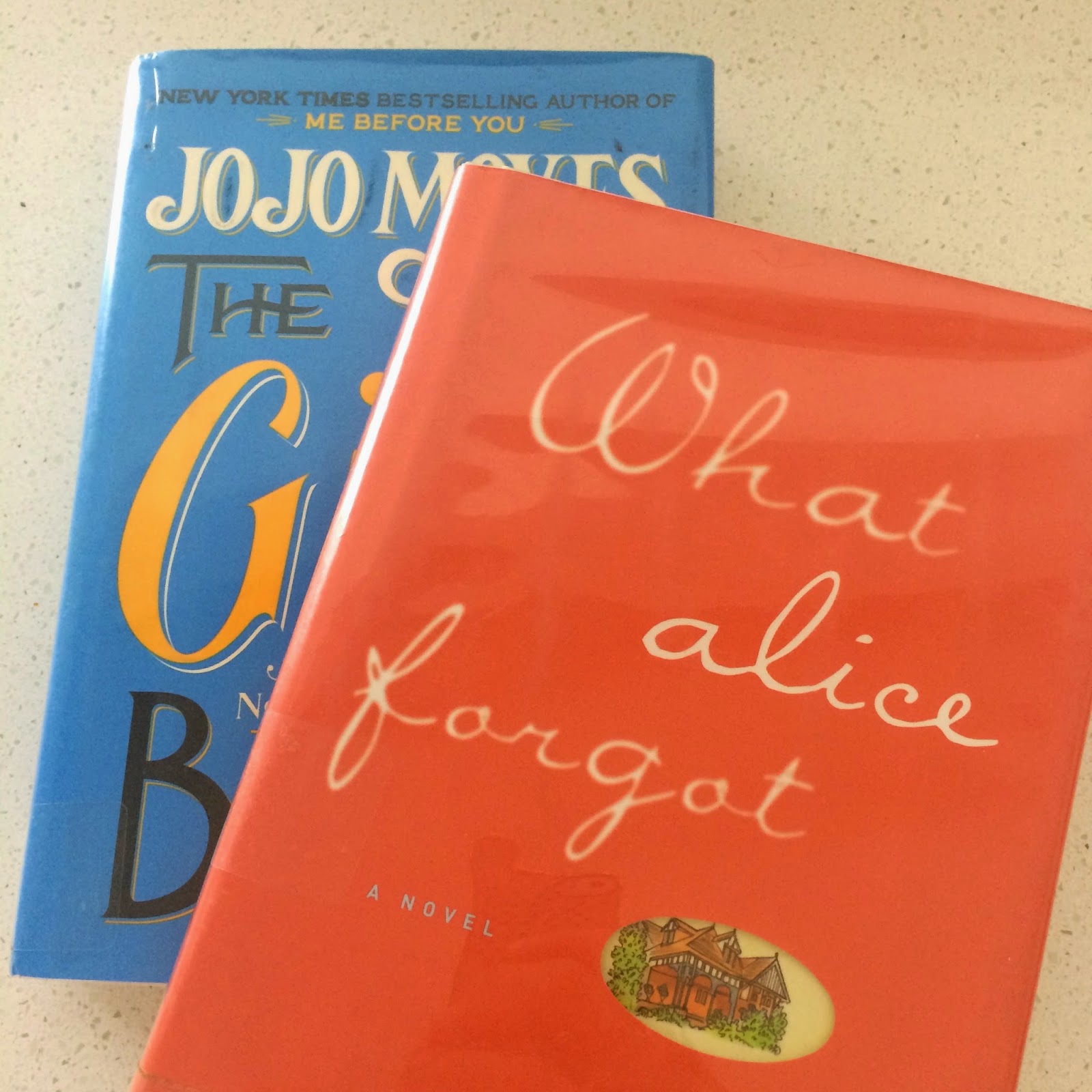 So that's the random stuff that's been going on around here lately... as far as my depression goes I'm doing ok. I have good days and bad.. good moments and bad. I'm still not all the way back to myself but I have made some strides. Every day I work towards feeling normal again and I can feel that creeping in, bit by bit. Two steps forward and one back, it feels sometimes... but mostly I'm doing better so that's good. Thanks for checking in on me today! See you soon. I have work to do.
Posted by Elizabeth Gardner at 8:25 AM