That One Time I Made a Dining Table..

with my own two hands! I totally MADE a dining table! From scratch! From this.. 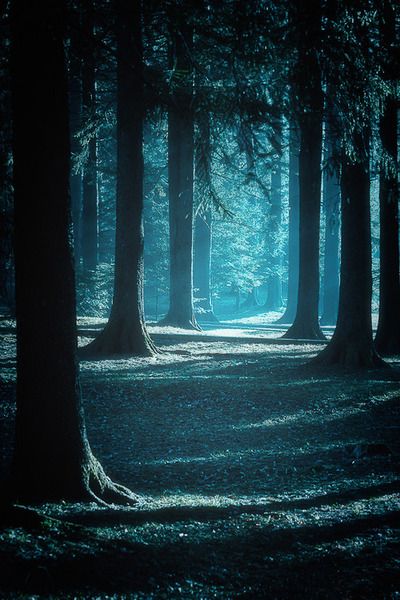 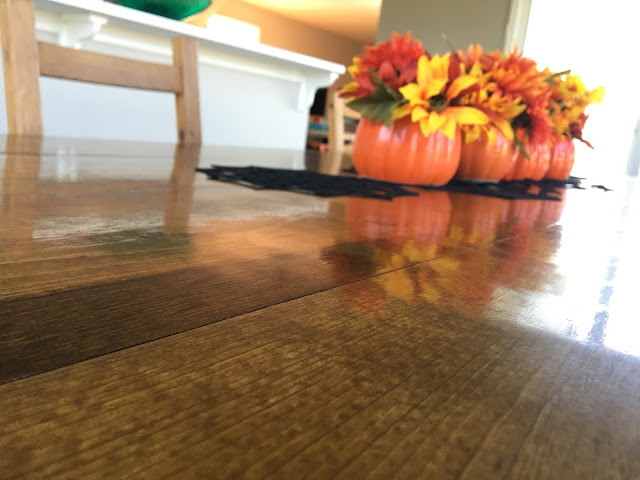 Ok. So when I say I "made it with my own two hands," I mean I had some help. My Dad, Hottie, and brother threw their hands in there too... thank goodness.. because now we can actually put things on the table and they don't slide down onto the floor. and when I say, "I built it from a forest," I mean, I didn't actually chop the trees down myself, you silly bills.... but I did use wood.

So let me take you back quickly to how this all came to be. When we moved to Kentucky (3+ years ago) we had this nice new giant house and I wanted so badly to have some nice furniture to fill it. The biggest struggle was the kitchen table. Our dented Ikea one wasn't cutting it. But I had something pretty specific in mind, and I couldn't find it anywhere!  could only find it for like a million dollars
well over our budget.

Then I saw this post on A Beautiful Mess and my heart stopped. (like, literally. I needed a defibulator, or whatever those things are called. *not literally.) I knew two things: 1. I had to MAKE my own table. and 2. If they could do it (and provide somewhat of a tutorial) I could do it too!

So I ordered these hairpin legs (which I am now obsessed with and want all over my house.) and gave myself the permission to make it happen.

Then two years went by.
*hangs head in shame and disgust.

Cut to my Dad and family visiting last month and me casually mentioning that I want to eventually get around to making that table I've been putting off.. for two years. My Dad took the idea and ran. It became clear pretty quickly that this was not only do-able.. but we were going to do it... that day.

After some quick measurements and power tool inventory we were off to Lowe's.. to talk about screws for hours what felt like hours.... apparently screw are very important. who knew? 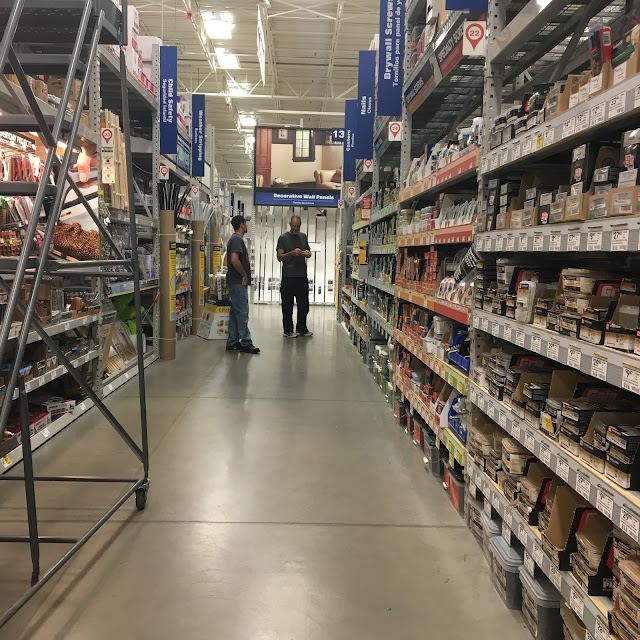 I picked each board out carefully, paying close attention to the knots and color variations. We spent about $75 on the initial supplies. Wood, screws, Nails. we set to work... 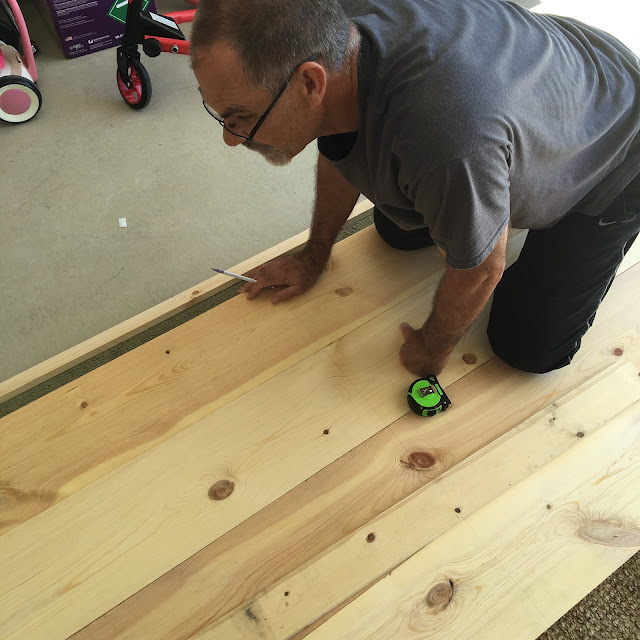 Before I knew it we had braces on the bottom and had attached the legs. The biggest hurdle was squeezing together the boards as tight as possible. You don't want gaps in your table, ya'll! You want this to look like you spent a million dollars big bucks on it. 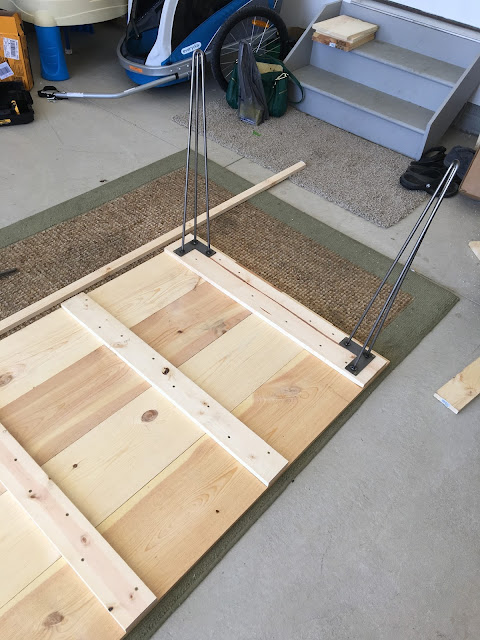 We added in side pieces of wood to conceal the braces below (to add to the illusion that a bunch of rookies who just bought their power tools didn't make it.) By this time Nakiah was home from school and was not nearly as impressed as I felt like he should be wanted to help. 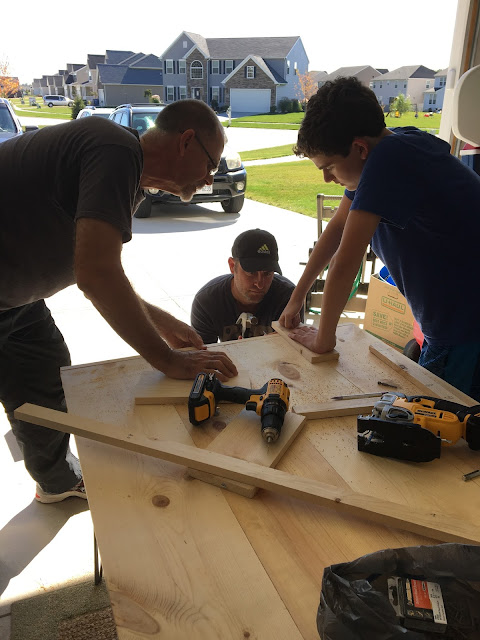 Here. it. is. Assembled. Flat and flush and just damn gorgeous. 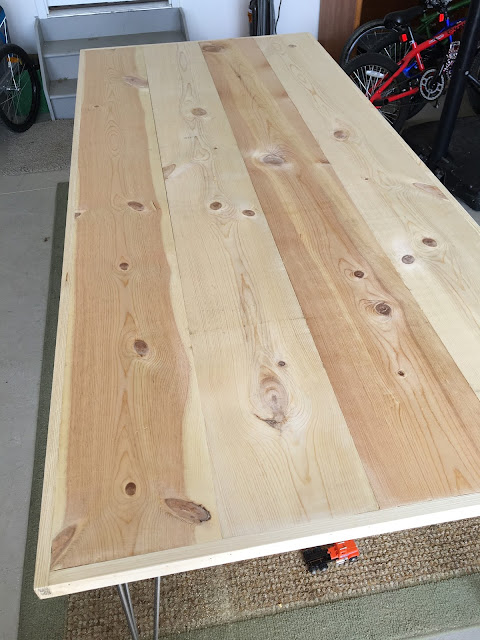 My Dad left the finishing to us (probably because there's no measuring required).. lots of sanding and some stain and lots and lots and (more than you would expect) lots more poly to seal it. About another $25. 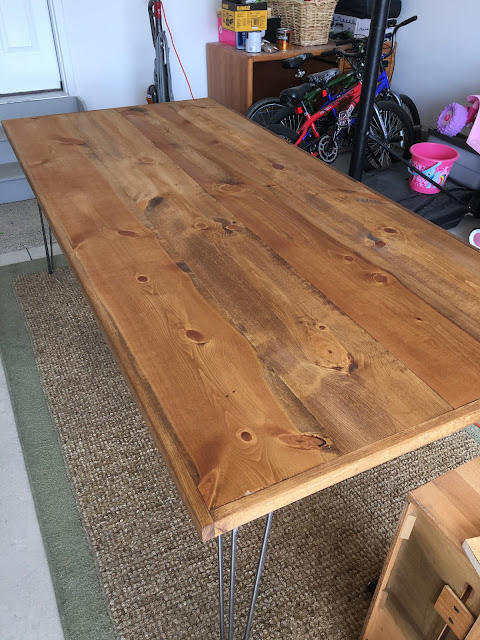 Holy crap I made we made a table! and it couldn't be more glorious! It's exactly what I wanted... nay, better than I even hoped for! And it was for less than $200! 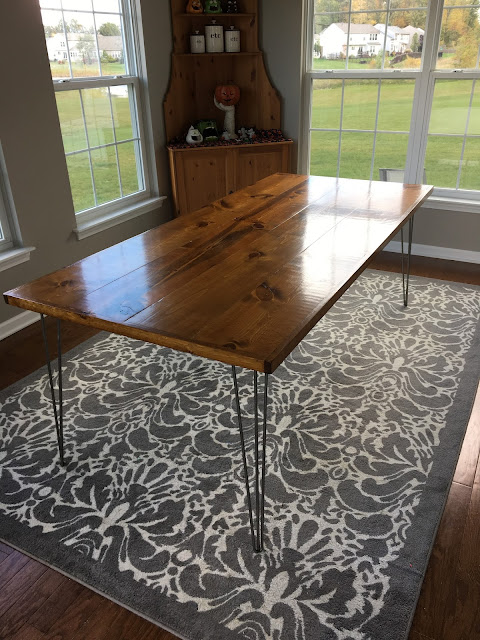 Now excuse me while I photograph it from every angle and declare that photos simply don't do it justice... (they don't, btw.) 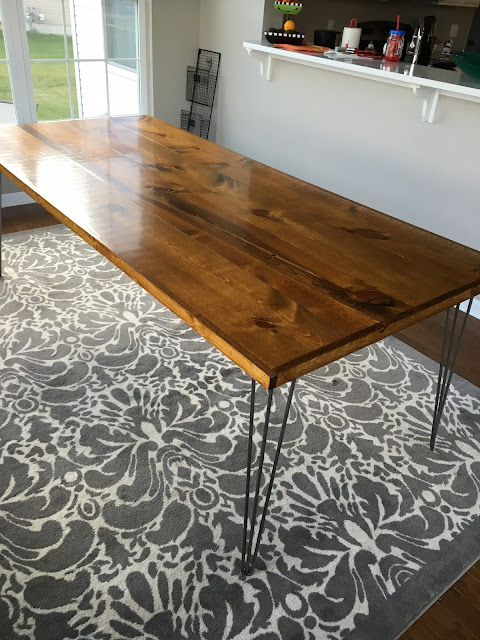 Look at it. Just look! It's so beau-tee-ful! 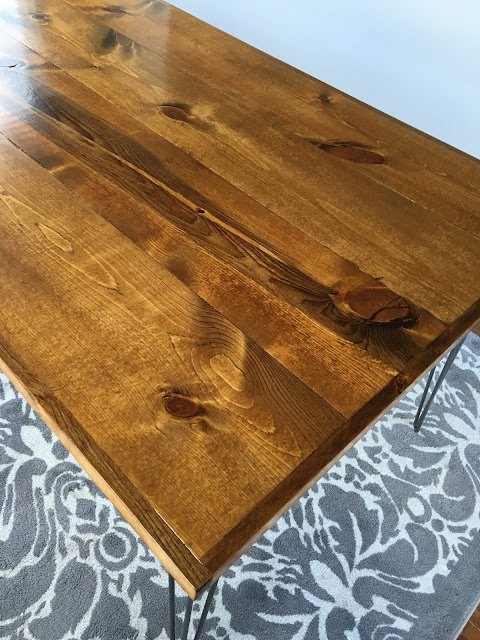 and now I can think about my Dad every time our family sits down to eat. (and also, now I really feel like we need new chairs. These ones just, no.).. and a new rug (because I seriously hate this one.) don't you just love DIY?! 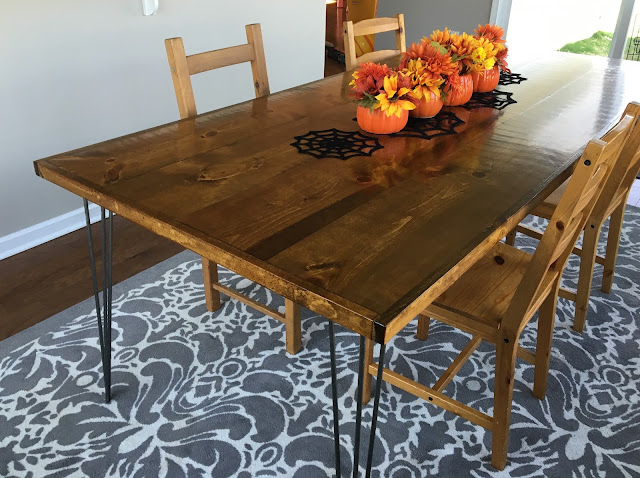 Posted by Elizabeth Gardner at 6:48 AM